Image is illustrative. Photo by John Schnobrich on Unsplash

Pedagogy is defined as the methods and activities of teaching, but a way of describing how educators build relationships and interact with young people in the 21st century provides a more flexible definition when applied to youth work and non-formal/informal learning contexts.

Youth workers are hybrid pedagogues drawing their approaches from across formal, non-formal, and informal disciplines . A hybrid pedagogy meets the needs of young people rather than conforming to a strict curriculum, and is where 21st century digital learning pedagogies are also situated. It’s not just a case of mixing more traditional approaches with a digital dimension: it’s also about making sure that the learning gained by young people reflects the needs of the 21st century world.

A 21st century hybrid youth work pedagogy can be described as a focus on agency, tools, context and improvisation. This includes working alongside young people whilst using digital technologies, but also acknowledges the role of conversation, discussion and critical thinking.

Agency is the ability to act independently and to make free and informed choices. A 21st century hybrid pedagogy seeks to guide, encourage and challenge young people as they explore the world around them, whilst developing them as critical consumers of the digital world or‘crap detectors’.

21st century hybrid pedagogies do not require expert skills in using digital tools, but do require baseline knowledge and the confidence to engage young people in critical reflection on the tools and platforms that they are using.

21st century youth work pedagogy recognises that young people manage hybrid lives as a consequence of the physical and digital spaces and places that they inhabit.

A flexible, improvised approach using problem-posing pedagogies where no one is the expert, and where it shouldn’t be assumed that young people are more skilled or knowledgeable than youth workers, is particularly relevant. Learning becomes authentic, critical, and vitalising, with young people seeking answers about the 21st century world because they are curious and questioning. 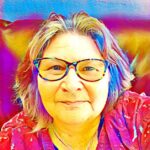 Jane is currently a Principal Lecturer at the University of Brighton in the UK, and Partnership Lead for the School of Educations’s work with the Mauritius Institute of Education, as well as Assistant Programme Leader for the Undergraduate Work-based Learning Programme. Jane came into youth work through outdoor and experiential education. Her research interests now centre on the use of digital technologies as a vehicle for engaging young people in informal and experiential learning contexts, and the research for her Professional Doctorate in Education (Ed D) examined the nature of digital tools, spaces and places as mediators of youth work practice. She is also an author, contributing chapters to recent youth work and children’s workforce texts, and is a passionate campaigner for the promotion of youth work as a distinct education-based practice and professional discipline.

Covert ads in the era of digital marketing

How to host a virtual hackathon

The ability to examine and analyse information and ideas in order to understand and assess their values and assumptions, rather than simply taking propositions at face value (c.f. also reflective thinking).