Social media. We use these two words so often that we don’t even know how hard it is to define the meaning behind them. Every teenager born in the 21st century could easily tell you that these are online platforms that bring people together. BUT, so was the phone and the TV and the radio; it’s just that the technology enabling us to do this now is much more different.

Recently, the researcher Jonathan A. Obar posited that there are several conditions that need to be met in order for the growing number of online platforms to be defined as social media. First of all, social media are internet-based applications from the Web 2.0 era, which refers to their nature as participative (thus, the word social), user-generated and content-driven. Furthermore, a user creates his/her own profile for the website or app that in return maintains the social media organisation and connects the user’s profile with other individuals or groups. In 2019, the Merriam-Webster dictionary defines social media as a form of electronic communication through which users create online communities to share information, ideas, personal messages and other content.

From humble beginnings to worldwide influence

Even though the first examples of social media like SixDegrees, ICQ, IRC and iChat were short-lived due to the low interest among users, the 21st century has been defined by the rise of social media, marking a new era for the internet community. Myspace was launched as early as August 2004 and quickly gained international recognition. The idea of the founders was to mimic the more popular features of the website and use the commonplace to connect users online. Who knows where our online lives would be now if only Chris DeWolfe, one of the founders of Myspace, had foreseen the tremendous success Facebook would later become and had paid Mark Zuckerberg the 75 million dollars he had sought to sell it.

Instead, Facebook partnered up with Microsoft after opening up to a younger audience in 2006. Now everyone claiming to be at least 13 years of age and owning a valid email address could open an account. At that time, Twitter entered the market as a microblogging platform. By their 10th anniversary, Facebook had already reached its 1 billionth user and everything else is history. Just look at the present statistics and witness the power of social media today.

As of the third quarter of 2019, Facebook is the leading social network worldwide, covering all countries except the ones that actively block it. It acquired Instagram and WhatsApp and also offers Messenger to over 2.8 billion users with accounts on at least one of these apps. The platform itself counts over 2.45 billion active users. In comparison, Twitter, as the second most influential social media, has “only” 330 million active users, while Instagram (now owned by Facebook) has around 800 million active users.

To mention only these two would be far too simplistic. From global giants like Instagram, YouTube, Snapchat, Tumblr, Pinterest, LinkedIn, Azia’s QQ, BaiDu, YY and others, to more specialised ones like MyHeritage, Deviant Art, Quora and TikTok, which is very popular among younger people, these are only the tip of the iceberg of social media. Sometimes young people have so many accounts it becomes hard to keep track. That is where Account Killer kicks in. They have amalgamated most of the platforms and give advice on how to get rid of your accounts online.

Youth and social media – the multiplatform self

Apart from the big players like Facebook, Twitter and YouTube that are frequently used by a range of different users, both in terms of age and interests, smaller social media platforms focus on specific target groups with some common denominator. For example, Pinterest has, by virtue of its content, been marked as a social media of choice for women. Recent statistics show that Pinterest reaches 83% of women between the ages of 25 and 54 in the US. LinkedIn has focused on professionals. There are dozens of social media attracting artists, IT professionals, pet lovers or even ones that connect people of faith. The question becomes, where do young people go to?

There are several things to take into account when discussing youth engagement on social media. Millennials are the first to try out a new social platform, but it is quite hard to make them stay for long. Making their profile and thus transferring their communication and engagement into the online world is sometimes an attempt to find their own space, away from adult supervision. That is why even though most of them have Facebook accounts, that platform is not the place where they choose to focus their engagement. As Instagram becomes more populated with adults, the same trend is to be expected, even though Instagram is doing everything in its power to allow their users to segregate their followers. While their parents worry about screen time and online threats like cyberbullying, teens are making the online world their own, running around a variety of platforms and adapting as they go.

Moving online for young people in this day and age means growing up. They keep to their social circles on social media, away from parental advisory and family protection. As a result, media literacy for them means not only how to evaluate media and information, but how to act responsibly and how to behave in their social interactions so that they do not hurt themselves or others.

Cyberbullying is a word that covers many types of antisocial behaviour: nasty emails or text messages, spreading rumours, sharing embarrassing photos or videos online, creating fake profiles or organising hate groups in order to ridicule and sometimes even physically hurt someone. Research shows that teens are aware of the amount of drama and social pressure there is in the online world. However, 45% of them have said they feel overwhelmed by the drama on social media and a similar percentage have decided to unfriend or unfollow someone from social media, largely due to there being a dramatic narrative or online bullying. Sometimes, the easiest way for them is to simply delete their account. The people who are most protective about their accounts are the people who manage their online presence seriously, which means influencers and YouTubers are first in line.

You might ask yourself: is social media a safe place and can law enforcement do anything about it? Police officers around the world are doing the best they can to help and protect. They feel the personal and professional need to go where people are, but the biggest problem is the fact that organisations work slowly. A police department will prepare, plan and delegate work, but by the time they move to act it might already be too late. By that stage, the youngsters might have left this platform and their actions might no longer be as effective. That again brings us to the subject of education and open dialogue; they really do work wonders, by both preventing crimes of online bullying and letting the right people know about it in time to actually effect something.

Learning how to get over one’s online self

Both young people and adults are learning how to assimilate social media into their lives. We are literally teaching ourselves how to control our screen time, how not to overuse our mobile devices, especially before bedtime, how to focus our attention and how to get the most of the vast array of information out there. Helping us achieve an equilibrium between our real self and our online persona is one of the key goals of media literacy.

We have all heard that our behaviour on social media can affect our lives, by lending us a better job opportunity or making us lose the one we have. We have also heard that even renowned schools sometimes check the social media accounts of their applicants. We do know the extent to which “drama” on social media can affect our mental health and routine. We only need to keep learning about it, to share both positive and negative examples and to maintain open dialogue. One thing is certain: social media is here to stay and how much good we can draw from this global opportunity for connection and collaboration is up to us. 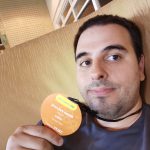 Mobile Journalism: How to use your phone to produce great videos and build a social audience

Webinar: Cyber Bullying a Soft Word for a Serious Crime