Picture is illustrative. Photo by Eliott Reyna on Unsplash

Generation Z is often defined as the generation of young people born between 1997-2012 (Pew Research Centre) – although other sources suggest that the age bracket may vary by one or two years. They follow on from the generation “Millennials” (1981-1996).

How do they differ from generation Y (Millennials)?

Whilst millennials came of age as the internet was exploding, Generation Z have grown up as digital natives – the internet and digital communications and were well and truly established as they were growing up.  For Generation Z, smartphones are an essential part of day-to-day life.  This combined with WiFi and strong mobile connections as never seen before, mean that this generation are always connected and online communications are fully integrated into their lives – effectively blurring the distinction between online and “in real life” and meaning that a generation of young people are never switched off.

Millennials came of age and started out in the workplace in a difficult economic climate, post the 2008 economic collapse. Up until recently, it was thought that Generation Z would fare better, but it is yet to be seen what the impact of the Covid-19 pandemic will have on this generation.

Generally, it still remains true that this younger generation engages less in traditional politics (voting, being a member of a political party for example) than older ones. However, the 2020 US elections saw the youngest voters play a big role in electing Joe Biden (CNBC) and the European election in 2019 saw young citizens vote in much higher numbers than ever before: under 25 years: +14 percentage points (according to Eurobarometer).

It has been put forward that younger people, whilst less likely to engage in formal types of democracy, are more likely to be politically active in other ways, through online movements or mobilising more informally, for example.

“We are children of the digital age. We have access to a new type [of] infrastructure for communication, organization, and mobilization that’s widely accessible and that wasn’t available to generations before us. There is so much power in that, if we choose to utilize it to its full potential.” Bryce Chechile, 22, liberal (Politico)

The type of engagement of Gen Z in political and civic life aligns with how they live their lives and the interaction that they have with the online world.

For volunteer-based organisations, youth workers and youth organisations in general, the trend towards mobilising online offers an opportunity to raise awareness of your cause/organisation and get more of Gen Z engaged/involved.  Platforms such as Reddit – which can be used to build digital communities – are also popular among Gen Z. Organisations can tap into this tendency and building online communities can be an effective way to drive engagement. It’s relevant to keep in mind that this generation is not “loyal” to a certain platform and is curious and ready to migrate. Hence, it’s important to keep these trends in mind and find out which channels are popular, up-and-coming and what the trends are in these channels.

Communicating with “digital natives” also offers opportunities as they are, of course, present on social media channels and for this generation, this is the most obvious and natural place to be able to reach and communicate with them. When communicating with this younger generation though, it is worth looking in more detail at the profile of each social media platform, with Facebook’s audience profile generally starting to be older and Gen Z tending to prefer other platforms such as TikTok, SnapChat and Instagram. If you are looking for diversity, then it’s also good to explore data about the users as some channels, like Instagram, are much more popular among girls and women.

Another relevant detail to keep in mind is mental health and how young people also struggle with excessive media use. Recent situation with pandemic has broken the balance of online and offline even more and we see more and more young people expressing the need to be approached individually and in shared physical spaces. This means a smart combination of your “online” and “offline” activities is essential. 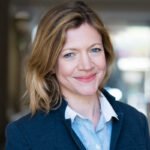 Guide – Deciding which tactics to use in a campaign

Tracking Your Impact – Cause Communications

How to create your PR strategy

Tips for communicating across generations

Marketing communications strategy: how to do it like a pro

6 Crisis Communication Plan Examples & How to Write Your Own

TedX Talk – Why is Storytelling so powerful?