Human rights are guaranteed by a variety of international legislation including:

The human rights most closely associated with youth participation are:

The rights of children and young people under 18 are defined in the UN Convention on the Rights of the Child. They are slightly different to the rights of people over 18. Although young people under 18have similar rights to freedom of thought, expression, assembly, and association, they do not have the explicit right to participate in elections. Instead, Article 12 of the UNCRC guarantees the right of children and young people under 18 to have their opinions taken into account when decisions are made that affect their lives. Despite this, an increasing number of European countries are granting the right to vote at the age of 16. It is one of the key debates in youth participation currently.

Union: ‘Every citizen shall have the right to participate in the democratic life of the Union. Decisions shall be taken as openly and as closely as possible to the citizen.’ Regarding young people in particular, Article 165.2 of the Treaty on the Functioning of the European Union stipulates that ‘Union action shall be aimed at encouraging the development of youth exchanges and of exchanges of socio-educational instructors, and encouraging the participation of young people in democratic life in Europe.’

Other policies and standards

Many European countries have national youth policies which support youth participation. As well as this there are a variety of standards, guidelines and tools for youth participation that have been created by international bodies and NGOs. These include things such as: 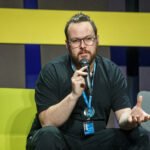 ​Dan is researcher and practitioner specialising in inclusive youth participation with over 20 years experience working with children and young people in the voluntary, public, for-profit and academic sectors. His research focuses on how children and young people's participation can influence policy, as well and the development of participatory structures and processes. Originally a youth worker at local and regional level in the North West of England, he now works throughout Europe and beyond supporting a variety of organisations, to develop their approach to youth participation. In 2017 he was invited to re-develop the consultation process behind the EU’s Youth Dialogue. This engages nearly 50,000 young people from across the EU, and was instrumental in developing the new European Youth Goals. In 2020, his advice paper to the Ukrainian Government led to a revision of a draft law which enabled under 18s to participate in local civic processes.

The transformation of young people’s online and offline leisure time, spaces and media use in Hungary

What’s politics got to do with it?: European youth work programmes and the development of critical youth citizenship

A seat at the table for everyone. Promoting inclusive youth participation through the EU Youth Strategy 2019 – 2027

Polluting Darkness: A quick guide to light pollution and what you[th] can do about it