Turning a simple idea into reality can be a challenging business. For municipality officers and experts in seven European cities, giving young people power over public spending was no small achievement! Thanks to their efforts, getting young people involved in building communities and policy creation has never been easier.

Youth participation is about empathy. Youngsters should be listened to, encouraged and empowered to believe that their voice matters. And we can best achieve that by involving them in processes where they are the ones making changes. Larisa Dumitroaea Project Manager of Com’ON Cluj-Napoca

How would you define participatory budgeting?

Simply put, participatory budgeting is a way of involving citizens in deciding how public money should be spent. The concept of participatory budgeting originated in South America, where several cities used this method to decide on the best infrastructure investments. We wanted to adapt this form of budgeting for youth-related projects undertaken by all kinds of administrations, from municipalities to governments and even the European Union.

Before talking about your innovative Erasmus+ project, could you introduce the participatory budgeting system of your city, Cluj-Napoca (Romania)?

Every year since 2015 we have chosen an inspiring theme for our local participatory budgeting programme, Com’ON Cluj Napoca. In the first year, the slogan was “Do your share!”, while for 2020, with the pandemic in mind, we have proposed the motto “Let’s do well together!”. In this case, for instance, youngsters were invited to think about four perspectives of wellbeing: health, learning, agency and environment. As soon as we publish the call, we receive hundreds of ideas from young people each year! The application form is clear, but we also provide webinars to help applicants with submitting their proposals. Then we organise public voting to decide which initiatives to fund. In the first year anybody over 18 years old could vote, but from 2020 anyone over 14 can vote for their favourite projects online. The groups which propose the winning ideas are also responsible for realising and publicising them!

Could you give some examples of the winning projects?

Working on a very tight budget, a group of young artists repainted an old tram which brought some colour to our city and is still operating today. Another team opened an art gallery which formed the first step toward founding their own company. One group even introduced hammocks into a city park! This year’s winning initiatives include online medical (sanitary) education lessons for high school students, raising awareness of mental health issues among young people, promoting blood donation, organising guided walks in the forest and running philosophy workshops for children and adolescents. All these initiatives have served the local community and at the same time taught youngsters about the value of planning, effective presentation, organising and reporting.

How do you engage youngsters in the whole process?

We make a point of keeping our project calls fresh and attractive. We try to keep the administration simple, and let the groups focus on their ideas rather than getting bogged down with bureaucracy. For example, we encourage them to promote their projects through photos and videos. The local community is enthusiastic to see the results, and youngsters are energised by the positive feedback they receive. Our team is always available to answer their questions and guide them through the more difficult phases of their projects.

What attracted you to the idea of organising an Erasmus+ project?

In 2012, our organisation, PONT Group, successfully supervised Cluj-Napoca’s application for the European Youth Capital title of 2015. This led to the creation of the first participatory budgeting process for young people across Central and Eastern Europe during 2015. We extended this programme in 2017 to run on two levels. First, we supported other Romanian cities to become Romanian Youth Capitals through a national level framework programme we established. Second, we launched an Erasmus+ strategic partnership project for youth, Com’ON Europe, with the aim of designing new tools to promote participatory budgeting for youth among other European cities.

How did you select your international partners?

Cluj-Napoca had a unique, well-functioning participatory budgeting model, but we wanted to develop one that would be more flexible. We identified seven cities included in the Network of European Youth Capitals. Among them, three were already using participatory budgeting, while four were interested in introducing it. Having analysed their experiences and needs, we came up with a project plan to create new processes and improve existing ones.

How did you go about developing this partnership?

First, we held transnational meetings in each city: Torino (Italy), Braga and Cascais (Portugal), Maribor (Slovenia), Thessaloniki (Greece), Varna (Bulgaria) and Cluj-Napoca (Romania). In this way we got to know local stakeholders and the different approaches of municipalities. During these visits we realised, for example, that Cascais used participatory budgeting mainly in schools, but in time young people also got involved in other consultations in the city, such as proposing free Wi-Fi in bus stations.

Having understood the different cultural contexts, we held training sessions with urban development experts. In collaboration with our partners, we then developed a white paper and a toolkit, both of which have been translated into nine languages. These open source documents are available to anyone wanting to adapt participatory budgeting for young people. Based on these, each group developed their own local system as well. Initially we had the idea to have a single platform for participatory budgeting in all cities, but we understood this wouldn’t work. Some cities had their existing systems and we didn’t want to force something new on them.

What were the main challenges during your collaboration?

It wasn’t easy to organise work remotely, but we eventually agreed on a work schedule. We used Zoom – back then it was an innovation! – which turned out to be very convenient.

Which methods turned out to be the most inspiring?

Each partner brought their own strengths. Our Cluj-Napoca model, for instance, where even informal groups of just three youngsters can participate without forming an association, makes it easier to encourage participation. By contrast, Braga focuses on working with youth organisations, not just informal groups. When we met the municipality officials in Cascais, we were amazed by the empathy they showed for young people.

What tips would you give to others who want to launch a similar initiative?

It is essential to select partner organisations carefully! For partnerships on innovation, we needed to use a common language such as English. We also needed to explain and discuss processes in detail: if just one partner doesn’t understand it fully, lots of valuable information could be lost. With online meetings, of course, we can use translators, but in real-life meetings it can be much more difficult. It is also important to make your project long-lasting and sustainable. Our European project involved local initiatives, which increased their impact. Building bridges between organisations and young participants is always a good idea: with more creative minds, one can create better results.

The most important outcome of Com’ON Europe was to create a solid network between partner cities and the facilitators involved in this project. The most inspiring aspect was to work in a team for the same goal. I personally became aware of how youngsters from different countries have the same needs and wishes and how strongly they believe that the young generation has to be included in the decision making processes of their own cities. 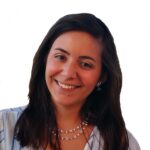 The Thessaloniki edition of the Com'ON Europe project was a really dynamic process that involved the entire youth society of the City for more than a year. From the university organisations to youth groups and NGOs, the civil society and the local stakeholders built together an unprecedented policy framework for supporting the needs of the young people in a transparent and financially sustainable way. Personally, I enjoyed every moment of this cooperation as the outcome was something unique for the city. 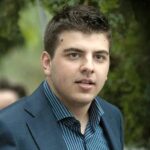 Two fantastic open source documents were created by this project. Both the white paper and the toolkit – now translated into nine languages! – are available to anyone wishing to introduce participatory budgeting for young people. 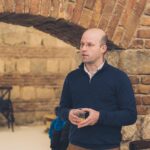 András is the co-founder and project manager of the PONT Group, an NGO established in Cluj-Napoca in 2009 focusing on social innovation through participation, entrepreneurship and culture. András was involved in the initiation and coordination of the successful bid of Cluj-Napoca for the European Youth Capital 2015 title. Since then he has been actively involved in creating youth-related urban programmes and networks, such as the Network of European Youth Capitals, the Romanian Youth Capital National programme and the participatory budgeting mechanism Com’On. He likes to mentor young entrepreneurs and is fond of commercial aircrafts (including watching their routes on Flightradar24).

Two open source documents, a white paper and a toolkit have been developed and translated into nine languages.

This report helps readers understand how participatory budgeting for youth can be used across Europe.

In addition to the White Paper, the Toolkit provides practical tools and methods to get started with participatory budgeting processes.

Space and Participation for All

A multiplier effect at its most effective! In Cluj-Napoca, each year more than hundred young people are involved in projects funded using participatory budgeting. And across the European partnership of seven cities, the number of participating youngsters extends to thousands!

a person, business or organisation with an interest or concern in a charitable project