Dialogue between Young People and the State: House of the Youth Representatives

All started as an Erasmus+ project in 2016 by Cyprus Youth Council and the Youth NGO Cyprus Youth DiplomaCY. Young Cypriots came together to help shape their own country’s legislation. Through its innovative simulations, the House of the Youth Representatives has continued to go from strength to strength, promoting greater understanding and making a real impact on government decisions.

I can describe participation as running a sprint of 100 meters. In the race we pass other athletes and have to deal with all sorts of challenges. Nevertheless, reaching the goal is what matters. Similarly, in the field of youth participation we have to deal with all kinds of obstacles but the target remains: to be there for young people and include them in the whole process. 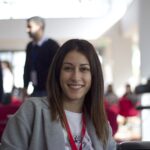 When was the project idea born?

Team: In 2015, we realised there was a need to improve opportunities for 18-25 year-olds who wanted to get more involved in parliamentary politics. There was already a young people’s parliament established for 13-17 year-olds, but to become a representative in the Parliament the minimum age is 26. To encourage better dialogue between young people and policy makers, we decided to create a structured dialogue Erasmus+ project, bringing together the combined expertise of Cyprus Youth DiplomaCY and the Cyprus Youth Council, with the support of the Youth Board of Cyprus and the Ministry of Education, Culture and Youth.

How did you plan and implement the project?

Team: We applied for the funding in April 2016 and implemented the first parliament simulation in September 2016. The Parliament of Cyprus – known as the House of Representatives – served as a template, which we adapted to suit our purposes. For example, the real Parliament holds fourteen committees, but we picked just five that were most relevant for young people: Educational Affairs and Culture, Foreign and European Affairs, Internal Affairs, Labour and Social Insurance, and Environment. The simulation included 56 young representatives, the same number as the elected parliamentarians.

How were members of the Youth Parliament elected or selected?

Team: After publishing a call for participants, young people filled out applications, which we reviewed carefully. The applications were based on specific questions in which we wanted to see the commitment of the participants, which committees they prefered based on their interests and expertise and what contribution they could make to the project. We also formed a Press Team with young people experienced in journalism, so that each committee would be followed by one of them.

How did you organize logistics during the first year?

Team: In the beginning, our team consisted of just four people who had to manage everything! We hosted the simulation in a hotel where young delegates also stayed during the three days (our participants came from all over Cyprus). To coordinate and provide leadership for each of the committees, we also appointed five heads of the committees that were experts in their fields. From the second year, in order to improve the quality of the project, these heads were also selected with an open call and took on more responsibility for their teams during the project.

What actually happened during the simulation?

Team: First the committees developed their proposals, then delivered the results on the final day. In the first year the process required a lot more time and energy from our team. For instance, we had to spend the night before the last day printing the final documents. Since the 3rd Youth Parliament, we have improved our efficiency and now we work paper-free. Even evaluations are conducted online. It is a big achievement and reflects our determination to create a more sustainable work culture.

What impact have you had on young people?

Team: Prior to our project, young Cypriots were quite disappointed with the political system and most didn’t even vote at elections. The Youth Parliament gave them an incentive to take a stand and get involved. As education on how democracy works is often lacking, young people have been very motivated to discover more about it through our project. To measure the impact, in 2018 we sent a questionnaire to all our past participants, asking for their ideas about an ideal candidate and whether their attitude towards politics had changed. It turned out that most of them were now far more motivated to involve themselves in political decision-making processes.

What challenges have you faced?

Team: A big project with so many participants has its challenges. At the beginning, our biggest hurdle was funding, which was solved by the European fund. But our biggest break came in September 2017 when we were recognized by the Council of Ministers of the Republic of Cyprus, which pledged to fully sponsor the Youth Parliament every year. We became the first Erasmus+ funded project to achieve such an honour!
Another obstacle was that we found it difficult to produce policy papers and conduct effective lobbying within the timescale of a year, so we extended the cycle to two years. Based on the feedback of the ministries and our young participants, the extra time has improved things substantially. Governmental mechanisms are typically slow, and it can take time to consult all stakeholders and develop an idea. Currently the pandemic is presenting new challenges, but committees have continued by working online.

What do young people learn by taking part?

Team: Apart from theoretical knowledge, they develop skills in the areas of communication, creativity and teamwork. Most participants have a background in working with associations. However, even if they have personal political aspirations, the Youth Parliament is all about creating a group that works towards the benefit of the whole society. Their hard work creates a really productive and collaborative atmosphere, but in taking part in parliamentary processes they also realise how complex and demanding politics can be.

Marios Epaminondas: In my view the process is as important as the outcome. People come together to form concrete proposals, but in doing so they are developing their skills and promoting liberal democracy. Even where none of the Youth Parliament’s proposals is adopted by the ministry, young people are still making a positive contribution to society.

Can you give some examples of the Youth Representatives’ proposals?

Team: The Committee of External Affairs liked our suggestion of providing training or mentoring to new diplomats. The recognition of non-formal education has also been an ongoing issue, and one of our expert groups continues to work with the Ministry of Education on developing this. While some of our other ideas were already being addressed through reforms, this was an area where we broke new ground. We have also tried to further encourage stakeholders to join the meetings of our committees, and to create an environment based on a cross-sectoral approach and participation. Thus, we managed to have an appointed contact at each ministry dedicated to dealing with our questions and priorities.

Do you have any suggestions for young people wanting to start a similar project?

Marios Epaminondas: Form a group – an informal group or an NGO – because being a team of like-minded people gives power to the individual. It is also important to find a policy maker who can advise you. You may not be able to talk to the prime minister, but another minister, council member or a headmaster of a local school may be a useful person to start with. Their expertise will save you time and energy. And remember that every initiative funded with public money needs to be transparent and inclusive, so think carefully about the ethical aspects of your project.

When our ministry was contacted by the Youth Representatives asking for financial support and political endorsement, we endorsed it for several reasons. First, the project was already established and known to us. Second, the Youth Parliament had clear objectives and had proved itself worthy of the Erasmus+ funding. Lastly, the selection of participants and issues to discuss was transparent, relevant and made accessible to as many young people as possible. 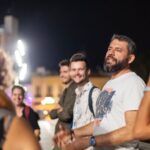 Representative of the Ministry of Education, Culture, Sport and Youth

I’m a journalist and a communication expert, but during this project I became a Youth Representative for three years. Today I am the fourth President of the Youth Parliament. To operate successfully as a group, each member must both play their individual role and inspire the others. We need to understand that participation is not only about me but involving everybody in the group. 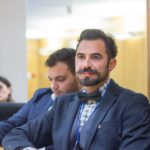 Young Participant, President of the House of the Youth Representatives (2019-2020)

I was the President of the Youth Parliament in the third year and have been a participant of the project since the beginning. This year I am in the Organising Committee. I got involved after moving back to Cyprus, when I was looking for a way to make my voice heard. For me, the success of the House of the Youth Representatives is built on three pillars: inspiration, motivation and determination. I see participation as an open field full of people doing their own thing. You are in the middle, trying to build a tower, but you can’t do it alone. Participation means inspiring everybody to come and help you build it. As an African proverb says: «If you want to go fast, go alone. If you want to go far, go together. 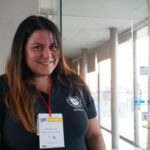 Young Participant, former President of the House of the Youth Representatives (2018)

This is the first Erasmus+ funded project to be recognized by the Ministerial Council of the Republic of Cyprus, which has also sponsored it. Thanks to the Council’s support, the Youth Parliament is in its fourth year!

Christiana Xenofontos works as a Parliamentary Associate at the House of the Representatives in Cyprus. Since November 2019 she is the Vice President A’ of Cyprus Youth Council where she worked as a Youth Policy Officer (2015-2019). She has been for four years the chair-person of the National Working Group for EU Youth Dialogue in Cyprus, since 2016 she is in close cooperation with the European Youth Forum, for which in 2018 she is an elected Member of the Consultative Body on Membership Applications. In November 2020 she was elected as a Board Member of the European Youth Forum for the term 2021-2022.

Space and Participation for All

The organisers along with the Press Team have done a great job of spreading the word. In addition to creating a dedicated website and a Facebook page, they also encouraged local media to cover the final stages of the parliament simulation. Furthermore, they managed to share information about the project each year with the official website of the House of the Representatives where anyone can find related materials.

A common name for a youth participatory structure aiming to represent the views of young people, set up within the structure of another organisation, e.g. local, state or federal government, not-for-profit organisation or corporate organisation.
a person, business or organisation with an interest or concern in a charitable project
An attempt to influence government officials (their actions or policies) with the aim of changing legislation or a certain decision. Lobbying usually includes face-to-face meetings and sending letters to government officials.