For teenagers leaving residential care, the transition to the outside world can be a daunting prospect. To make their journey easier, this project brought youngsters and policy makers together to address the problems they face and find new solutions. The level of interest generated from all over Austria has been a real achievement!

Participation is not forcing a problem on people. It is rather realising that resolving a problem will benefit themselves and future generations. When participation is a natural process, it carries greater power. The young people in our project were able to transform their negative experiences and make positive changes. 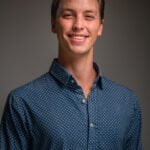 Project Coordinator Maximilian Ullrich told us about this impactful project:

What does the title of the project, CareLeaving Dialog, refer to?

In Europe, the average age of a young person leaving the family home is 25-26 years old. Yet many children growing up in care find themselves left alone from the age of 18. As most of these youngsters have no support, they are more at risk of becoming homeless and falling prey to financial problems, homelessness, drug addiction and delinquency. So, with our project we intended to improve the care leaving process and focus our efforts on opening up conversations between young people and the government.

What kinds of organisations did you involve in this ambitious plan?

FICE Austria (International Federation of Educative Communities) is the Austrian national section of FICE International, an international network of organisations and professionals working in the field of child and youth care from more than 35 countries. So, it was easy to create partnerships with associations such as the Umbrella Organization for Austrian Residential Child and Youth Care and the Austrian Youth Council. Having already run several European-funded programmes focusing on care leavers, we had some useful contacts and collaborations with other partners too.

Could you tell us more about these partners?

With SOS CVI we implemented a project which aimed to train care professionals to apply a child rights-based approach with young care leavers and to strengthen support networks for them. Volkshilfe, Diakonie, Caritas, the International and the Austrian branch of SOS-Children’s Villages joined our National Stakeholder Group and the Platform Youth Welfare 18+.

Who were your project activities for?

First, we organised three workshops (including 15-30 young people in each group) that took place in three different locations, so that care leavers from all nine counties of Austria could participate. Some of these youngsters were already living on their own, while younger participants still living in residential homes were accompanied to the workshops by their caregivers.

What happened during the workshops?

Each one lasted three days, they were all super engaging and interactive! We had professional workshop facilitators who ran the sessions and afterwards passed on our results to the local state governments. Each workshop began with icebreakers, before hearing the personal experiences of our participants and getting their ideas for developing the system. Through discussions and group work, they helped us identify the biggest challenges in every county. Next, we made recommendations for improvements and organised county-level political dialogue meetings where care leavers, care professionals and local politicians could discuss them.

We organised another workshop in Vienna to collect all the results from the county-level workshops and political dialogues. From this information, our young people drew up nine general policy recommendations to be introduced across Austria. Young people designed an art exhibition with photos to illustrate their personal views of care leaving situations. This exhibition was inaugurated at the final conference.

What was the purpose of this final event?

The big conference was held at the House of the European Union in Vienna. We invited representatives from the national and county governments, city councils, parliamentarians, various stakeholders and decision makers around the leaving care agenda in Austria. After presenting the nine recommendations and opening the exhibition, we arranged a roundtable discussion where young people shared their concerns and discussed possible solutions with decision makers.

What kind of requests did they express?

One of the major talking points was extending care and financial support until the age of 25. But they also brought up the question of better educational and career support for care leavers, as well as more support with finding accommodation and managing daily challenges during their transition to independence, from health insurance to electricity bills.

How did you encourage participation in the workshops and the dialogue with politicians?

The facilitators came with a lot of ideas on how to get our young participants talking. It was often difficult for them to share their intimate stories about leaving care, but our facilitators and care providers made sure they felt secure and comfortable. As many of them had similar experiences, they could draw support from each other. It was an important moment for them to tell their stories – in some cases for the first time in their lives! – and share their perspectives with politicians.

What did you learn from the project?

We learned that the success of the care leaving process really depends on the voluntary commitment and dedication of NGOs and individual care providers. Young people drew the conclusion that it shouldn’t be like that: the government needs to do more. We also saw that there should be more preparation in place for leaving care. For the 150 young people who took part in the workshops, the project offered an opportunity to develop their public speaking skills and gave them confidence to consider studying or training for a career. We hope that some will also be inspired to become politically active and use their experience to improve the lives of those in care.

What result are you most proud of?

After the CareLeaving Dialog, some of the young people who formed the young expert group within the project founded their own Austrian Care Leaver Association. I am very impressed by their achievement – although they sometimes ask us for advice, they run it by themselves. They also continue to do advocacy work through their social media channels and are creating their own website. I’m glad to say their work is paying off: they are getting invitations to conferences and media events and becoming well known all over Austria.

What was the biggest challenge?

As many youngsters are in a transitional period – finishing school, getting a job, moving cities – it was difficult for them to stay with the project for the whole duration. But thanks to our wide network of stakeholders we were able to attract some really dedicated young people who followed the whole programme and became founding members of the association. On a team level, we found the beginning of the project especially tough. Along with two colleagues of mine, I was asked to work on several projects simultaneously and became the coordinator of the CareLeaving Dialog project, quite late, after it was already running for three months. I needed to work myself through every single detail of the comprehensive proposal and work very hard to meet all the deadlines. Luckily, we had a well-written project plan to guide us.

Do you have any recommendations to others about organising a project?

This was the first Erasmus+ project I coordinated, so it was a great opportunity to get an insight. I learned that Erasmus+ projects are very bureaucratic, but having a clear structure is very helpful. Also, I would suggest thinking in advance about costs and possible co-funding opportunities. Since one of our main donors dropped out during the process, we had a lot of extra work and were under pressure to arrange fundraising while the project was already running.

Have you had any follow-ups?

Yes, a lot! CareLeaving Dialog was clearly a fertile ground for creating synergies. One of our most important achievements is the foundation of the Austrian Care Leaver Association. Furthermore, the development of our Sustainability Roadmap and the Policy Recommendations summarise our best practices. Following our final project conference held on the 1st April 2019, we organised and hosted the Austrian Leaving Care Conference on the International Care Day (21 February 2020) in collaboration with 19 stakeholders. This has become an event organised every year, encouraging closer communication between care providers, government representatives and young people. Lastly, SOS CVI has created a digital exchange platform where young people can receive mentoring from other care leavers, care professionals and people working in the business sector, helping them with applying for jobs and interview tips, writing a CV and so on. This platform, which continues to be run by the Austrian Care Leaver Association, connecting young people, caregivers and business professionals, is another great legacy of the project.

It was the first time that we got recognised as care leavers, young people with a mostly difficult history and a lot of experience in life despite the young age. We thought we’re alone out there, but when we got together, we experienced that our view on life is important, we were given a voice. We can change something if we raise our voice together. This experience we’ve had, let us realise that it’s so important to stick to a leading idea of an ideal leaving care process, so we’ve decided to stay together as a team and we founded the Care Leaver Association Austria to pursue our goal of a fair and equal start into adult life for care leavers. 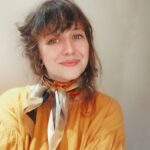 The most important learning moment for me was that there are other people like me with a similar background. I am not alone. Care Leaving Dialogue is an important opportunity for us care leavers to support other and future care leavers! It gave me lots of motivation and hope to continue in my life and to help other care leavers through the project. Many of them find it very difficult to gain a foothold in life after being cared for. Furthermore, I learned how to build a political movement and that you can make the world a better place. And above all that we have the power. 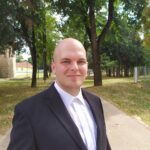 After the project, the Care Leaver Association was formed by previous care leavers to help other young people in the same situation, and advocate for better provision. A great example of active citizenship!

Maximilian Ullrich studied African Studies in the University of Vienna. He is the Founder and Managing Director of Make Me Smile International, Chairman of the Board of Make Me Smile Kenya, Board Member of FICE Austria and President of FICE Europe. He has long-term experience in project development, coordination and implementation, fundraising, proposal writing, project dissemination, monitoring and evaluation. He has abundant knowledge about good practices for supporting care leavers across Europe and has recently coordinated several EU-funded projects around leaving care.

The Policy Recommendations written by young people give a clear overview of their ideas for improvements.

Extending care and financial support until the age of 25 and creating better educational and career support for care leavers are just a few examples of the proposals. To get to know all, check the publication.

Nine National Policy Recommendations written by young people – by more than 150 participants in all! – were presented to decision makers. These and the other outcomes were published on FICE’s website, and its partners’ social media and websites.