Why is a simple shopping mall so important for a local community? In Helsinki, Finland, five young urban planning experts asked themselves the same question. Seeing how developers often ignore the needs of resident minorities, they decided to do something to promote the co-creation of public spaces and make their voices heard!

Participation in an urban context means that all citizens should have a say in decisions concerning their local public spaces. Together with architects, designers and local policy makers, their views are essential in creating environments that people want to live in. 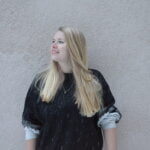 The Project Manager of this innovative urban initiative, Milla Kallio, told us more:

What did you want to achieve with this project?

We were five young people who had studied urban planning. We noticed that in our city of Helsinki, certain groups of people weren’t consulted on the developments being built around them. By persuading these marginalised people to get involved in our project, we hoped to discover new ways to bring their opinions to the attention of the planners.

Who were these marginalised groups you intended to work with?

We researched the neighbourhood of the Puhos mall in Helsinki, which has quite a bad reputation. The city’s redevelopers planned to demolish its shopping centre, which would clearly have an impact on the immigrant communities living nearby. So our project began by investigating what the mall really meant to its residents. We found that this zone had two important shopping malls: one has essential shops where most people go, while the other, known as Puhos, has more ethnic shops, different restaurants and prayer rooms. Puhos was where many Arabic, Somali and Russian speaking minority groups tended to go.

What were the main stages of the project?

During the first months we concentrated on getting to know the area and the mall, how it was perceived by different residents and the public view of it in general. Then we contacted key people from different minority groups and organisations in the area. With their help we conducted workshops at the “Puhos loves people” festival, held during the summer. To gain more information, we set up what we called ‘mapping stations’, where people could give their opinions. Towards the end of the year, we had minority group representatives ask people to write interviews and essays about their experiences. These were the basis for our project publication.

How did you get people to take part?

It was very important that we ran the mapping stations in the mall, where they spend a lot of their time. We placed a big map of the Puhos area in the shopping mall, and asked people to stick Post-It notes on the spots that were meaningful for them and write down the things they wanted to improve. Many identified places they felt secure in, and we saw a lot of comments like ‘I feel at home here’. We discovered that the mall represented a safe place to be, where they felt equal and less discriminated against than in Helsinki’s other public places. Typically, city planning workshops collect the opinions of citizens who are privileged, while marginalised groups sometimes don’t have the resources, time, money or energy to take part. We wanted to take this into account in order to make a real improvement.

What was the most inspiring outcome for you?

We discovered that the shopping centre has a much bigger role for local communities than we realised. Residents from different nationalities meet here and exchange all kinds of information, such as how to apply for jobs. Trying to navigate your way through official channels and government bureaucracy can be very confusing, so sharing information this way is easier and saves a lot of time.

The workshops and mapping exercises were very fruitful. Participants felt important knowing that we were able to communicate their own ideas and offer feedback to the decision makers. It taught us a lot about how to reach out to minorities, and how to design a publication that would really interest them. Fortunately, one of our team members had previously worked with an organisation experienced in European youth projects, so she brought the solidarity project as a great opportunity to our attention.

Do you have any suggestions for others who want to create a solidarity project?

Writing the application itself was pretty straightforward, and I would recommend applying as soon as you can. Draw up a plan, fill in the application form, and you can begin the implementation once it is approved. I would also recommend contacting those people in charge of Erasmus+ projects and funding at the National Agency in your country. We didn’t really do that when we started, because we didn’t think it would be possible but working on a new project I have found it very helpful.

Did you face any challenges in carrying out your plans?

Some members of the working group didn’t have enough time at the end for the activities, so we needed to replace them. It worked out quite well as the new members had experience in urban planning too. We had planned to hold more workshops, but after discussion with local people we realised that they could not afford the time to attend. So instead of running lots of workshops we did interviews, observed the space and set up mapping stations at the mall, which they could visit much more easily.

What do you consider the most important outcome of the project?

To keep the name of our working group – FEMMA Helsinki – alive, two of us went on to start a company called FEMMA Planning. This was never part of the original plan, but the project’s success inspired us to pursue some new initiatives, such as our broadcasting podcasts. Following our research on the Puhos case, we have discovered many other ignored voices across the city. They need to be heard too!

How did you promote your activities and results?

Our presence on social media has helped us reach all kinds of experts involved in urban development, and we’re still receiving feedback from people who’ve read our publication and heard our podcasts. Some architects wanted to launch mall-based projects and found our publication very useful. We also wrote an article published in Finland’s biggest newspaper, calling for both the media and urban planners to recognise the needs of suburban residents in these neighbourhoods.

What is going to happen to the shopping mall?

Its future has not been decided yet. Redevelopment could raise the rents of the offices or shops, making it difficult for those in minority groups to stay, but we are hopeful that a solution can be found.

When it comes to communicating the power struggle of the Puhos conflict to the urban planners and people in power, we succeeded moderately well. We got a lot of publicity for such a short project, and got feedback from people who are involved with Puhos.
When it comes to users of urban spaces who belong to marginalized groups, we reached some of them as they wrote essays to the publication and also actively participated in our interviews and mapping spots etc. However, large scale inclusion of marginalized groups would require a much longer and deeper research project and constant collaboration with local gatekeepers. 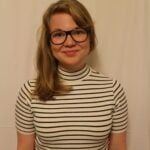 This project empowered residents from different social backgrounds and age groups to express their opinions about their neighbourhoods. To explain the project in more detail, a collection of photos, essays and interviews has been published in a multilingual (Finnish-Somali-Russian-Arabic) booklet!

Milla Kallio is an urban geographer and one of the founders of FEMMA Planning. Milla is interested in researching and finding ways to implement effective participatory planning practices in order to create urban spaces that actually benefit us all and as a way of enhancing democracy.

Young people collected a set of essays written by the residents of the neighbourhood about the mall and its roles for their communities.

The multilingual booklet was a good opportunity to present the experiences and views of several minority groups. You can check it out!

FEMMA Planning continues to promote participatory urban planning through its Facebook page of 500 followers and an Instagram account of 400 followers, along with several podcasts and an article.