At a five-day conference in Romania, young people with and without disabilities stood together to call for a more inclusive society. Meeting in the gorgeous city of Cluj-Napoca, delegations from Romania, Poland, Portugal, North Macedonia and Lithuania agreed on proposals to create a more accessible environment for visually impaired young people. Their plans were presented to the decision makers of the municipality!

Involving youngsters in all aspects of the community life, at a local, national and – with the help of this project – European level as well. Our project shows how a clear plan to build relationships between young people and decision makers can foster real change and achieve concrete results. 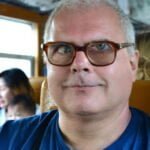 Gabriel Nagy Project Coordinator told us the full story of the structured dialogue:

Why did you choose young visually impaired as target for your project?

Since it began, our NGO, Babilon Travel, has called for disabled and disadvantaged youngsters to be more recognised in society. Being visually impaired myself, I obviously felt a close personal connection with this cause.

How was the project idea born?

When discussing a follow-up plan for a previous project, Value the Difference with our Polish partners, we started to think about the lack of inclusive infrastructure for disabled people. Visually impaired people, for example, face many challenges and obstacles in their daily lives. How is it possible to know which bus has just arrived at a bus stop? Is a traffic light showing a green light? Or red? These kinds of problems obviously restrict visually impaired young people’s mobility and can seriously affect their prospects in the labour market. To improve the situation, we came up with an idea to bring together young visually impaired people with decision makers. Project planning began in 2016, and we applied for funding from Erasmus+ programme (Dialogue between young people and policy makers) in the beginning of 2017. We were able to host the main project event already in November of the same year, in our hometown, Cluj-Napoca, Romania.

What was the purpose of this event?

It was a five day-long transnational meeting with the participation of 32 youngsters, selected by our international partner organisations. Each country was represented by a group which included at least one visually impaired or blind youngster. They met with 5 decision makers, one from each participating country, who dedicated almost one week to the project, to tackle the topics related with accessibility and mobility opportunities for visually impared people. Youngsters also gained experience on how to better interact and engage with authorities.

How did you convince the decision makers to take part?

Luckily, all our partners had connections with public authorities responsible for policies addressing the areas of youth, inclusion and disabilities. For instance, our own Babilon Travel NGO’s projects have been financed by our municipality since 2014, so we have developed a good relationship with our local policy makers. Thankfully, the decision makers from other countries were also receptive and appreciated the opportunity to exchange their perspectives with young people across Europe.

Did you face other challenges?

Not really. Some participants had a few special needs and preferences for the meals that they hadn’t told us before their arrival, but these were easy to fix.

What were the key points of each project phase?

We had received the good news that our project proposal was accepted some months before our main event in Cluj-Napoca.  After the project approval we immediately organised a preparatory online meeting with our partners and agreed on a selection process for participants. Then each partner distributed information about the details of the project to identify the best candidates to travel to Cluj-Napoca. At the end of the project we shared the results across our partners’ web pages and social media sites, and uploaded the results to the European projects’ results platform.

How did you involve young people in the process?

In the first days of the programme, the 32 participants and 5 decision makers went on study visits to the city centre of Cluj-Napoca. Divided into groups, they investigated how easy it was to get around, each group focusing on a different aspect such as restaurant facilities, local bus services, parks and other public amenities and so on. Then each group presented their findings to the others. There were some bizarre cases: for instance, a ramp for wheelchair users had been installed on a staircase! But other examples were more widespread, such as guide dogs not being allowed on public transport. On the basis of these remarkable findings, participants produced 26 separate proposals to improve accessibility. This final report was officially handed to the vice mayor of the city in the second part of the week! During the five-day event each national group also presented the situation of their own countries to each other, so that they could use the proposals about Cluj-Napoca to improve accessibility of public spaces in their own cities.

What were the most interesting development ideas?

One proposal recommended installing acoustic traffic lights and more tactile road surfaces that would help blind people to feel where crossroads start. Another proposal for service providers was to issue invoices in Braille. Our participants suggested modernising urban transportation as well, adding vocal announcements to bus stops and developing a smartphone application to inform blind or visually impaired people about the time of arrivals.

Was it difficult to get youngsters to cooperate with each other?

We are used to working with mixed groups of visually impaired, blind and non-visually impaired youngsters. To increase empathy, we run at least one workshop where youngsters without disabilities experience the world disabled people inhabit. Firstly, we show them how to guide a blind person, how to describe their surroundings and explain how to avoid obstacles. Secondly, two people form a pair: one has the blindfold, the other becomes the guide. Then they switch roles. Eventually we invite visually impaired and blind youngsters to join in! This time the blindfolded and blind participants have to cooperate to achieve certain tasks, such as eating or preparing food. It is often a lot of fun, and sometimes a disaster! However, for youngsters without disabilities it can be an intense and instructive experience, one they learn a lot from.

How did you discover the methods that worked best in getting participants to work together?

When we started to create educational projects, we contacted our local high school for visually impaired children. Through collaborating with them, we were inspired to try working with mixed groups. The experiences of visually impaired people may seem very different, but when brought together young people quickly realise how much they have in common, and share the same needs, expectations and hopes regardless of disability.

Has the project really influenced policy makers’ attitudes towards accessibility?

Yes, it really has. For instance, in 2018, our city supported us to continue the mission of this European partnership. With local funding, the representatives of our NGO went on a study visit to Warsaw, Poland. We were introduced to Warsaw’s new accessibility strategy and took away a lot of useful ideas.

What were the most important learning outcomes for youngsters?

For young people, they had to learn how to make a case, by public speaking and proposing their ideas in an attractive and constructive way. Working in the small groups they also developed their language, communication and team management skills. Youngsters got the opportunity to present their proposals directly and change the minds of decision makers  – in city councils and governments – who were able to recognise the blind spots in their planning, and benefit from these new ideas!

With their 26 proposals, this project helped to promote young people’s ideas and improve visually impaired people’s lives! In addition, the project participants have also created a best practice guide for all those who want to implement a similar project. If you have a great idea but you have never organised an international meeting about social inclusion, this is an ideal resource to help you get started.

Gabriel Nagy has extensive experience in the field of formal and non-formal education since 1982, working as a physics teacher, tutor and organizer of cultural and sport activities for youth. He has extensive experience as a project manager, both in the educational and economic fields. In 2013, he founded Asociatia Babilon Travel (ABT), where he is the executive director and the main project coordinator. He also gained extensive experience in the fields of intercultural learning, social inclusion, insertion in the labor market and entrepreneurship, through both development and implementation of activities and through participation in over 50 national and international training courses.

Participants produced 26 proposals to improve accessibility and a best practice guide for all those who want to implement a similar project.

The ideas of young people were officially handed to the vice mayor of the city of Cluj-Napoca, Romania.

These practical recommendations provide inspiration and guidance to organise a project about social inclusion. Read the resource here.

The main event in Cluj-Napoca, Romania directly involved numerous young people and decision makers! All partner organisations have posted about the activities and project results on their websites and social media.

A set of measures that enable persons with disabilities access to something on an equal basis with others. This applies to, for example, access to the physical environment, to transportation, to information and communications, including IT and communications technologies, and to other facilities and services open or provided to the public, both in urban and in rural areas. (UN Convention on the Rights of Persons with Disabilities)
A society where all its members have the resources, opportunities and capabilities to learn, work, engage and have a voice.