Why is the Earth round and flat at the same time?

The author of the cover picture is Margaret Pütsepp, a young Estonian artist

What does understanding complex things depend on?

Apparently, many have realized how challenging a situation can be when you know something terribly well and accurately, but there is no way your conversation partner can wrap his or her head around that knowledge. Why does correct and useful knowledge not easily stick to people on the surface of persuasive talk and clear argumentation?

Prior knowledge and “naive theories”

People come to every situation with prior knowledge. In essence, people travel around the world, constantly creating so-called naive theories about everything they experience. Our thinking cannot help but constantly arrange and rearrange our experience – this is its main task. As long as we do not have an expert next to us, there is often nothing or no one to signal us if we form a conclusion, connection, or understanding completely wrong, albeit plausibly at first sight. For example, we make a conclusion about a group of people based on a few representatives, about a way of learning based on ease of learning, or we decide on what wildlife should look like, based on beautiful parks.

From the morning to the evening, our thinking is busy defining the world on the basis of handy thinking operations and prior knowledge in order to make it more understandable. Scientists have called these explanations theory-like because they are distinguished from real theories by several important aspects.

Interestingly, however, we probably do not feel at all times that we don’t understand the world, even if it’s largely true – because our thinking has essentially been building theories about the world from a very early age using the handy knowledge and understanding. This is important precisely because

these theories, being more often false than correct, are a bit like a piece of chewing gum under the soles of the feet: when the need arises to build the right understanding, it is quite difficult to scrape off the wrong knowledge. But what exactly happens when we try it?

What happens when we tell someone something?

When we start convincing someone or teaching them something, the prior knowledge is the first thing to activate in the listener. Prior knowledge can be friends or enemies for us – the latter if they are really wrong, even if they helped the listener to fully interpret some situation. Therefore, if we spread what we think is a useful message that could immediately reach the recipient, prior knowledge can be a major barrier to understanding because the information we are given activates it in the listener’s memory, regardless of whether it is correct or relevant (and by the way, scientists say it is a so-called passive process and the listener does not control it).

In essence, this means that prior knowledge attracts the listener’s attention. Partly also because prior knowledge is “better learned” and more understandable than new information. Thus, when seemingly listening, the listener actually tends to think about their own prior knowledge. It is quite certain that people do not remember what they hear but what they think.

This is when a situation emerges where we talk and seem to be listened to, but in reality, our conversation partner may be thinking about his or her very different knowledge, and this thinking reinforces this prior knowledge, and our message to them is like water off a duck’s back.

At the same time, the listener may not notice at all that our story contradicts his prior knowledge – people can keep the old knowledge relatively harmoniously in their heads and also superficially accept the new knowledge without noticing the impossibility of their coexistence. In other words, for them, the earth is flat and round at the same time; the forest has been taken down, and the habitat of the species at the same time. Another possibility is that the listener already decides in his head that “yes, I know what you want to say.” He thinks you’re talking about what has just been activated in his memory and therefore is not listening very attentively. That’s why one has to be very grateful when a conversation partner starts arguing – quite often, and the arguers may be the only ones who actually listened and noticed the contradiction between new and old knowledge.

The information that is intelligibly logically related to prior knowledge, that is related to a person’s wider system of knowledge, is more likely to be remembered due to these emerging connections, and it is easy to recall later. One trick for such situations is the so-called refutation method.

Is the misconception gone now? NO! Only now the slow process can begin, where the old and the new are to be integrated, reconciled, and at the same time, the old can be so-called revised, whereas some of which can be declared wrong. The important next step is for the new whole to be activated, thought about, used so that this new network can finally begin to dominate the previous understanding in the right context, which, although declared obsolete and wrong, can still remain in memory.

If we try to teach someone something, will we let them think or not?

Maybe this gives rise to a big question: if we try to teach someone something, will we let them think or not? Spontaneously explaining something, teaching someone, or convincing someone, we tend to pour our explanation on the listener. At the same time, our thinking is as active as fireworks: we activate connections, examples, analogies, we become more and more convincing in our explanation. This can give us the false impression that our listener’s brain is doing the same.

Listening to a clear and fluent speaker gives us the feeling that “yeah, logical, right, true, I understand, and I will remember.” In reality, however, such passive listening often does not help to fully understand the phenomena, to recall them later, or to later use what has actually been learned  (but all three illusions may arise).

This brings us to the answer which would be more effective than any smooth persuasion talk: create a situation where you do not answer but ask, where you provide not a solution but a problem. You do not provide a complete whole but offer pieces – at best not all pieces and not all the necessary pieces – and create a situation where the listener should gradually build this knowledge himself, recognizing all and only the right pieces, but of course, with continuous, albeit as little as possible support from you as an expert. So what exactly does it mean when we say that a learner must be active in learning? This means that his brain must be active. It means that the brain has to think to build its own knowledge, to put it together correctly. And it’s very good if it goes wrong the first eight times.

The richness of the Umwelt

Why is it important at all for us to be able to support our understanding of things in ways that make the listener’s thinking scuffle intensely? For example, by activating prior knowledge, questioning, and revising it in a new context, demolishing it and rebuilding it in a different way; obtaining data on new, non-intuitive phenomena while inhibiting perceptual knowledge; constructing answers, not just listening; thinking about problems intensively, not looking at solutions in a ready-made way; trying to construct the right wholes and repeatedly getting stuck? It is in this way – through complexity – that many of the phenomena that actually exist in the world, but for which we do not have direct perception, become part of the human world. Umwelt is thus enriched with real-world things and hopefully makes us more cautious about the real world – be it nature or other people: we understand how many ways it can be hurt. It is certain that for a person who can think of non-intuitive, imperceptible, evidence-based knowledge, every aspect of the world, from the fellow human being to the mossy stump, is much richer, more nuanced, and more exciting. By making the Umwelt (or the world we perceive) and the real world (or the world that is) more similar by changing our thinking is possible for everyone in case of a slow process that enables learner activity.

What could a young person or an adult supporting young people take with them from here?

The fact that misconceptions are a natural, essential part of thinking that people are not “guilty” of. They are not guilty of having a brain that constantly constructs an understanding of the world based on what it experiences, and not everyone is accompanied by warm and supportive adults along their way. And the fact that the slowness of the formation of new knowledge is also natural. Creating a new neural pathway is costly, and the brain strikes: you see, I have a nice old functional prejudice here; why do I need a new one? The old one works! Resources should not be wasted!

And so it must be – thinking requires enough security, time, and effort for deep leaps in thinking to take place. And thirdly, any brain can always get smarter, but only if the adults themselves do not diligently and overprotectively figure everything out for young people. Let’s create supported thinking environments! 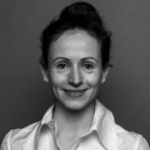