The report compares the three RAY monitoring survey cycles (2015/2016, 2017/2018, 2019/2020) between 2014 and 2020 and analyses the development of Erasmus+ Youth in Action for the whole programme period across different effects as well as the implementation of the programme. A total of 53.144 project participants and a total of 10.789 project leaders were included in the project research.

Implementation of the programme 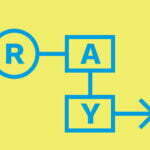 RAY research activities aim to apply an interdisciplinary approach, in particular referring to sociology, political science and educational science. In this respect, RAY research activities can apply diverse social and educational research methods – quantitative, qualitative as well as a mix of different methods and instruments: multilingual surveys with project participants, project leaders and key staff of beneficiary organisations; case studies of selected projects; interviews and focus groups with different actors involved in Erasmus+ Youth in Action and the European Solidarity Corps. For a wider public and academic discourse of the research results, RAY aims at an exchange with policymakers and other researchers. The RAY Network is committed to disseminate the research outcomes and results in an adequate and effective way to (potentially) interested audiences. The RAY Network - Research-based Analysis and Monitoring of European Youth Programmes - is an open and self-governed European research network. Currently, 34 National Agencies of the Erasmus+ Youth in Action & European Solidarity Corps programmes and their research partners are involved.