When the camera was invented, people were overwhelmed by having themselves pictured and were fascinated by keeping moments in memories. (H. Yaacob, S. Mohamad-Saleh, 2017). Nowadays, you can capture any moment, take a selfie and reflect your entire life in photographs… if your memory card is big enough.

But is it a purely technical thing?

Photography is the technology of creating images on a light-sensitive medium by way of recording electromagnetic radiation. An image sensor can be used to capture the images electronically or a light-sensitive material like photographic film may be used to capture them chemically (A. Ross, 2016). Every digital photograph is made up of millions of square-shaped dots called pixels (the term derives from ‘picture elements’). Like the tiles in a mosaic, they blend together to create a photorealistic image (H. Yildirim).

It takes a second to push the button, but the most important part is the preparation.

So, what makes a good photo? Four elements are essential (National Geographic):

How to spot the picture?

American street photographer Garry Winogrand said: “Photography is not about the thing photographed. It is about how that thing looks photographed.” (T. Papageorge, 2014) In order to see the harmony and find a certain rhythm, you need to know how to compose an image, or in other words, how to arrange the elements within the image in a way that best suits the core idea or goal of your work. This can be done by actually moving the objects or subjects. Another way of arranging elements is by changing your own position (R. Naryškin, 2018).

Here is a list of the most known composition techniques:

Rule of thirds – an image is divided, horizontally and vertically, into three parts, using two equally spaced lines. Important elements of the picture are then placed on one or more of these lines, which creates a stronger and more visually appealing composition than simply centring the subject (H. Yildirim).

Colour contrast – a strong contrast between the subject and the background through opposing brightness/colours. This allows the viewer to clearly see the subject in a photo (E. Kim).

Eye-level – the most common way to photograph a subject. After all, it is typically the way we regard most subjects in our day-to-day lives, especially other people. Photographing animals from this perspective allows viewers to feel more connected with them, especially if the subject is making direct eye contact with the camera (NYFA, 2014).

Symmetry – this is achieved when two halves of an image hold the same weight. This is also known as formal balance or symmetrical balance (thelenslounge.com).

Framing – a technique for highlighting a subject and giving depth to an image using another feature within the image to form a frame. Examples include shooting a church tower through an archway or a portrait of someone looking through a window frame (H. Yildirim)

Take time and practice until you begin to use these guidelines naturally. Please find composition rules explained here and additional techniques here. Don’t forget to experiment, as the rules are meant to be broken.

The impact of photography

Remember, tweets with images are 94% more likely to be retweeted than tweets without. Further proof that visual elements matter is eye-tracking research, which represents the process of measuring eye movements to determine where a person is looking, what they are looking at and for how long their gaze is in a particular spot.

If you are interested in why researchers and businesses want to measure what captures the most interest, watch this video.

Nevertheless, photos have their flaws – they’re great at spotlighting moments but weak at providing context, and sometimes they can leave unanswered questions or unexplained concepts. These days, visual data no longer have the immediate credibility they once did, thanks to software that has made them easy to fake (R. Craig, 2004). Recognition of colour and lighting adjusted, cropped and edited content requires resistance, which can be developed through media literacy (GCFGlobal).

If you are interested in finding out more about what is wrong with photo manipulation, watch this video.

Watch this video if you want to learn how deepfake works.

Still, while text stories can provide detail and depth of information, photos can humanise that information. Facts and figures appeal to the mind, while photos often appeal to the heart (R. Craig, 2004). Images come as an outside language – one that can leave viewers speechless, as critics like Blaagaard explained. An example of such shaking pictures is those made in 2004 when the tsunami swept people away into the Indian Ocean (B. Blaagaard, 2013).

A picture is worth a thousand words

A strong photograph, be it a portrait, documentary or landscape photo, needs emotion and meaning, not just good composition. Photojournalism is a branch of journalism characterised by the use of images to tell a story. The images in a piece may be accompanied by explanatory text or shown independently, with the images themselves narrating the events they depict.

For many years, photojournalism has resided somewhere between reportage, the delivery of information and individual interpretation. Its effectiveness relied on a strong public platform and powerful modes of distribution. Today, the Internet offers more opportunities and platforms for photojournalism due to its larger reach, more rapid delivery, cheaper cost and interactivity (W. Watriss, Nieman Reports 2010).

You have likely heard about World Press Photo, a foundation dedicated to supporting photojournalism and documentary photography worldwide and encouraging high standards in professional practice. You can find the collection of prize-winning photos and stories here.

Photography as a medium connecting the youth

Digital skills in the form of photography are essential for youth workers, as photography is the perfect medium to engage with young people. Photography allows youth to quickly accomplish mini-tasks and does not require long tutoring sessions or a lot of verbal cooperation compared with editing a film, for instance. (M.Pienimäki, 2017).

During such workshops, young people are encouraged to express themselves; they learn to appreciate the message provided by their peers and become more confident in their abilities. Developing practical skills happens through the ‘learning by doing’ approach.

Learzoner.com recommends the following exercise before getting some practice (M.D. Parker, 2017):

Photography workshops can be used with any age group from around 10 years old and over to explore a variety of themes or issues (A. Giles, National Youth Council of Ireland 2018).

Another tool for youth work is participatory photography, which gives young people the opportunity to share life experiences and present the world as they see it. The benefit of this concept is young people’s enhanced involvement in their community. (Oregon’s Public Health Institute, 2016).

Check this out if you need inspiration for workshops exploring photography (without cameras) and this if you want to engage young people with photography using cameras. 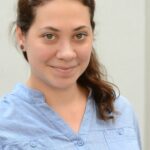 Learning with and about Digital Technologies

The World of Information