A Message Across the Oceans: Plastic-Free Youth

Located within a unique biosphere reserve on the island of Fuerteventura, Spain, this inspiring youth exchange raised awareness of the effects of localised climate change. The international group of young people left concrete actions in place to protect the future of the island and learned about how to live in a sustainable way.

Creating a more sustainable way of living lies at the core of our organisation. We work at it every day and focus all our events on environmental issues. So our mission is not just to attract young people to our beautiful island, but to inspire them to really understand our problems and help us to solve them. For us that is real participation. 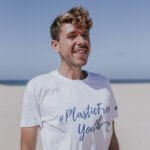 Yanira Cáceres President of the NGO

The President of the NGO Avanfuer, Yanira Cáceres, and the Spanish Team Leader, Alberto Sarabia Hierro, gave us the inside story:

Can you tell us more about what Avanfuer does?

Avanfuer is an NGO working on environmental protection issues in Fuerteventura, one of the larger Canary Islands. Fuerteventura has a biosphere reserve recognised by UNESCO, an area which covers both the island and extends for several kilometres into the sea. As we have been fighting plastic pollution for almost 15 years, we felt it was time to get younger people more involved by organising an exchange!

How did you plan the project?

We initially selected three partner organisations from different countries. The group from Réunion, a French island in the Indian Ocean, had a quite similar profile to ours, while the Croatian group came from a much more urban background. Our Romanian partner organisation aimed to promote active citizenship for young people.They each agreed to send a team of five young people, plus one youth leader. We wanted a totally varied group! So we made a careful selection, taking into account their age, gender and interests in environmental issues. Though our partners were already very experienced in running all kinds of projects, this one was truly transformational for them.

How did you design the timetable for the week?

At the beginning of the week, we formed mixed teams named after oceans: Arctic, Indian, Atlantic and Pacific. Each team was composed of different nationalities to shake them up and get them talking to each other. To start with, youngsters presented the environmental situation in their own country, focusing on plastic problems. We discovered that, for instance, the Réunion Island has similar challenges to ours and works hard to save sea turtles like us. A representative of the biosphere reserve also came to run a workshop about some of the conservation projects on our island. That was the most theoretical part! But then we began exploring the reserve, and actually seeing for ourselves what was happening.

What were the main outdoor activities?

We visited the sea turtle recovery centre that works on increasing their population and taking care of sea turtles that have been hurt by plastic, either on their flippers or in their mouths. The island is very dry – basically a desert – but we have some interesting natural freshwater spots that are important nesting and feeding areas for birds that show how fragile the ecosystem is. To understand the effects that humans have on the environment here, we did plogging around these places: collecting trash while jogging, a trend that started in Sweden but has become very popular worldwide. This clean-up involved all of our young people, and some were even competing over who could pick up more trash! On another day, we visited some beaches that looked clean at first, but on closer inspection were polluted with microplastics. Our teams collected some of these tiny plastic fragments and also recorded some data about the current state of the coast.

How did youngsters react to such discoveries?

They were very surprised to see how microplastics travel with the currents and can wash up almost anywhere. It helped them to realise that everything is connected, and their actions can have an effect elsewhere on the planet.

How did you manage activities that took place outside?

At our events we took a lot of care over the menu, since we believe that eating good quality food leads to a better attitude and energy within the group. We avoid single-use plastic packaging, and buy local, fresh products. When we couldn’t arrange catering outside, we prepared our own lunch. The day we had a barbecue was memorable and constructive for the whole team, as they felt like a family sharing tasks and responsibilities. Somebody took charge of the fire, while others cut vegetables…

How did you promote your activities?

Youngsters ran a social media campaign, posting photos and videos throughout the activities. During the promotion, they used the official project T-shirt made of organic cotton and sustainable ink, printed by a small local company. We also gave them all a canteen to refill and bring with them for outside activities. News of our programme also reached the local community, and we were invited to speak on the radio and meet with Fuerteventura’s local government. Our young people felt very proud explaining to the council members everything they had been learning about and doing!

What else do you think they learned during the project?

International nights helped to break down some cultural barriers, with our group exchanging favourite foods, dances and other traditions! On the Day of the Canary Islands (30 May), which is an important public holiday, youngsters learned to play a traditional sport with wooden sticks, and each of our “ocean teams” prepared gofio, made from wheat or corn flour, a famous local dish. Then they voted on who made the tastiest! And at the end of the week we had everybody exchange written messages on coloured papers, it was a nice way for them to remember their time here. One comment among the feedback was especially touching, and reassured us that we had made a difference: “Avanfuer changed me. When I return to Réunion Island, I will start a new life: new studies, new mentality to make my environment free of plastic”.

Were there any challenges you needed to overcome?

Public transport is poor on the island, and the hostel is a long way from the nearest town. Then there is the business of actually getting to the island itself. Since you can fly to Fuerteventura only from Madrid, Barcelona, Gran Canarias or Tenerife, the Réunion team had to change flights first in France, then in Spain. Such a long journey means that some of the youngsters arrived exhausted. So we had to rent minibuses, which at least reduced local travelling time.

What do you consider the most important learning outcomes?

Psychologists say that we need about 15 days to change a habit, but for this project we had only a week! Even in that short time we made youngsters more aware of the consequences of their actions. The next time they consider buying plastic they will ask: do I really need that? Is it recycled? What effect will my choice have on the environment?

Have you organized any follow-ups?

Yes! Now we have an active youth section at our association, formed from ex-participants of the youth exchange. Together we continue to publicize our activities with the hashtag #plasticfreeyouth, which helps us to recruit more young people who share our project’s philosophy.

Do you have a recommendation for others who would like to realise a similar project?

Get to know the location for your project and consider the concept of sustainability! One can reach out to companies in the area, shop in the local community and organise transport in a smart way.

The most amazing for me was to learn about micro plastics and to connect the dots as to how we are impacting the seas. In theory we are aware of the impact, but to see how much plastic you can find on the beaches was eye opening for me. I left the project with some ideas to implement in my home and hopefully spread them to family and friends. The project team was passionate about the topic and it was inspiring to see everyone work so hard to protect our planet. The project made me feel curious and involved. I brought home lots of pictures, small tokens from other participants and an amazing metal water bottle that I can use all the time instead of plastic bottles.

I think we managed to learn a lot about plastic pollution, exchange ideas and opinions about the problem, raise our awareness and understanding and make new friends from different cultural backgrounds along the way. The most inspiring aspect for me was the activity where the whole group collected trash. This installed a sense of community and union among the group in service of the common goal in me. I brought home a fresh perspective about plastic pollution, some new habits in order to promote sustainability, a sense of initiative to encourage people in my community to be more environmentally proactive and some new friendships. 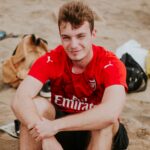 This project taught me how easily microplastic can get into the ocean and how important recycling is. It inspired me to change my own habits. The biggest lesson I learned was how easy it is to recycle things and be careful about our environment.

The youth exchange organised between 27 May and 3 June 2019 brought together young people from some very different cultures. But their shared experiences at the reserve quickly broke down barriers and formed them into a united group, dedicated to cleaning up the beaches, learning how to protect Fuerteventura’s precious sea turtles and reduce plastic pollution!

Local from Fuerteventura and a biologist by education, I have earned a MSc degree in Marine Biology: Biodiversity and conservation. I am currently part of the AVANFUER team, an NGO in support of environmental volunteers and conservation of natural resources of Fuerteventura, Canary Islands. I coordinate the youth section of the NGO with scientific-technical projects focused on marine research: conservation of biodiversity and study of marine pollution, and those projects which link citizen science to participation and environmental education.

Space and Participation for All, Sustainable Green Europe

Participants gave an interview for the radio station of Fuerteventura, and also became the subject of a press article that featured their meeting with local decision makers! With the social media campaign, they spread the message of #plasticfreeyouth worldwide!

One or two sentences sent at the beginning of a press release which summarise what an organisation is talking about; usually, it consists of 5WH questions, including who, what, where, when, why and how.
Active citizenship stands for the participation of citizens in the economic, social, cultural and political fields of their communities. In the youth field much emphasis is put on learning the necessary competencies through voluntary activities. The aim is not only to improve the knowledge, but also motivation, skills and practical experience to be an active citizen.
Snippets of information that an organisation wants to relay to its target audiences; they consist of information the organisation wants its target groups to hear and remember.