Giving a Voice to People Without a Voice: Idee in Comune

Engaging, involving and activating, Idee in Comune is an amazing example of bringing politics and young people together! By creating a safe space to discuss politics, this project enabled young people to really engage in democratic processes and become active citizens of Europe.

Participation means getting involved in your society. To understand your relationship with society. To study its laws, and if you disagree with them, look for ways to change them for the better.

Idee in Comune proved that young people can be taken seriously in the world of politics, share their ideas and get decision makers listening! Gloria Lombardo, the Project Coordinator, explains how:

What was the most important thing young people learned during this project?

Idee in Comune provided a way to give a voice to people without a voice. To imagine being taken seriously in the world of politics. And to understand that politics is not about corruption, but being more in control of their own lives and the lives of their communities. It was astonishing to see how young people who were considered difficult, sometimes even dangerous, at school, were able to change. Some of them thought they would never have the opportunity to speak to a mayor. But after taking part in our project, some of them became candidates in the municipality’s elections!

What was the key to your success? How did you encourage young people to get involved?

We formed local working groups where young people were engaged in discussing and developing democratic processes through non-formal education methods, simulations and games. We explained how municipalities work and they experimented with creating advisory committees and sharing ideas. Participants learned how to calculate a budget, how to issue preventives, how to ask for permits and improve work practices. When our young people met the mayor of the nearby village of Ospitaletto, Italy, he was so impressed by their work that he even included some of their proposals in his new programme as a candidate! For example, after his re-election he nominated a teacher as European project counsellor to help young people participate in international projects.

How would you describe the main target groups of Idee in Comune?

We were five partner organisations from four Italian regions, all with similar needs and target audiences. As for the number of participants, 50 young people from each partner and about 20 politicians were involved. Lombardy, our region is seen as a wealthy region, but we need to better understand what ‘wealth’ really means. In our zone lots of young people don’t go to school and have no interest in international projects or opportunities abroad. If you don’t study or seek out new perspectives, you can’t appreciate the wider world. Also, there are a lot of second-generation immigrants – young people who have grown up here but aren’t really part of Italian society. Besides them, several young people from difficult backgrounds with serious problems participated in our initiative. Working together with other young people who, unlike them, had the privilege of going to university, they created a forum that is still ongoing. Among them was a Ghanaian boy who stuttered when speaking Italian. He communicated better in English, so he wrote his ideas and proposals about youth policies in English, on a huge sheet of paper.

What was the most challenging aspect of the structured dialogue project?

Bringing young people, organisations, public administration and politicians to work together. Surprisingly, the challenge was not finding young people to participate, but finding politicians who were willing to spend time meeting our groups and to support the project in the long run.  We solved this problem by taking a direct approach. After writing a formal invitation to the municipality, we visited them to explain our objectives. It was not always a success, but we could convince a few decision makers to support the aims of our project and take part in the events.

What happened after the project ended?

We launched a new project, Europa in Comune. We worked again with municipality officers, public administrators and young people, but this time, we concentrated more on actually bringing change and making things happen. We held three events in six cities and ten round table discussions. Administrators and youngsters created ten very different projects such as a public space where young people can meet and create art, as well as a youth committee representing local youth councils and a youth information centre. Ex-participants of Idee in Comune facilitate these activities. Additionally, our young people have also won funding from the Italian National Agency to create an online radio station, which will both promote European opportunities and help develop their skills in hosting interviews and podcasts.

What is new in Europa in Comune?

Europa in Comune is the fruit of Idee in Comune. In Idee in Comune we brought together groups of young people who worked on issues in their local communities only during the project duration. However, the groups of two cities in Lombardy region, Sarezzo and Cinisello Balsamo, decided to continue. This time young people formed a group among themselves, they became friends and colleagues who committed themselves to work on administrative questions regarding their territory.

Which were the main steps of creating these groups, building the team?

Idee in Comune was organised and facilitated by trainers and youth workers from our organisations. In Europa in Comune ex-participants of Idee in Comune took over this role. They became the trainers, guiding their peers who were newcomers to this second project. As part of the process of preparing young people for their new responsibilities, we helped them practice their newly acquired skills. We organised simulations in schools where they facilitated activities for other young people, then asked students for feedback to assess their success. By the end, they were organising everything, including logistics and coffee breaks, and even facilitating training activities for adult administrators.

Do you have any suggestions for others in similar projects?

For informal groups it is a good idea to be aware of existing organisations already in their area, as starting a project without experience can be risky. Before applying for funding, they should understand the responsibilities of managing a budget. Existing organisations will have this know-how already. However, sometimes projects organised by them don’t consider the real, actual exigencies of the young people. So, I suggest focusing more on these actual needs of youngsters, as the projects are supposed to help them.

My name is Sara Ibrahimi, I'm 28 years old, I was a participant of both projects "Idee in comune" and "Europa in Comune". The first one was structured in two parts, one theoretical and one practical. For me the most important learning moments were the chance to collaborate with other youngsters in the construction of a concrete political proposal. Through this experience I got the opportunity to collaborate with the Municipality in the creation of the second project and understand how useful non formal education is. I got very inspired from this technique. Through games and discussions I understood how the administrative machine works and that there is a new methodology to speak to young people. 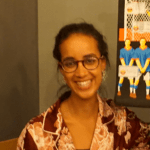 No wonder that Idee in Comune received the SALTO PI Awards in 2020 for making an impact on decision making. Through simulations and games, young people created an effective communication channel with local administrators. And the story doesn’t end here! The participants of its follow up project, Europa in Comune, don’t just come up with ideas – they carry out concrete action.

Gloria Lombardo has been working in the youth information sector since 1997. She worked for the Youth Information Office of the Municipality of Brescia until 2005, where she was the manager of the international sector. After 2 years in a communications agency, she joined the public sector, where she is now responsible for the youth information center and project manager of Sarezzo municipality. Through her work she informs over 3500 young people per year, personally or through social media. Since 2015, she has dealt with structured dialogue and active citizenship of young people. She is also the coordinator of the youth information centres of the province of Brescia at the Lombardy regional table.

Space and Participation for All, Inclusive Societies

The structured dialogue project has reached about 500 young people in four regions of Italy. Their activities have been promoted on the online platforms of all partners, especially on social media.

A type of digital media, usually audio, that is available in a series of episodes or parts and is streamed or downloaded by the user over the Internet. Podcasts can be made available via a release schedule or uploaded to the Web randomly.