Video: ‘A rapist in your path, the rapist is you’ (Un violador en tu camino, el violador eres tú), Chilean protest song against gender violence went viral in the end of 2019 and sparked a global movement. (Guardian News)

Gender equality and respect of youth and social diversity are designed to be the cornerstones of MIL policies and strategies (UNESCO 2013: 69). We could therefore expect MIL to lead us to a greater respect worldwide for human rights, to more social empowerment, more ethical use of information and freedom of expression. So, can MIL really empower just about anyone with access to it? What is needed for an actually inclusive and intersectional MIL?

Women’s participation and access to information society, as well as appearing in and making today’s news, lags behind that of men’s, especially in poor countries. (Grizzle 2016: 82). According to UN Women (2015), only one in four people whom the news is about is a women. 73% of the media industry heads are male.

Hence, to this day, women’s voices are not made to matter equally compared to those of men’s; furthermore, women’s expertise is undervalued compared to men, as women’s expertise is still assumed to be based predominantly in the traditional private sphere, such as in raising children, healthcare, etc. We see women in news headlines being portrayed for what they wear, instead of what they think and say. Their body parts are still used as decorations to sell just about anything out there from car tyres to furniture and burgers (see more on the topic of the use of women’s body parts in food industry ads: Carol Adams “Gender Politics of Meat: A Feminist-Vegetarian Critical Theory” (2015)).

In order to challenge all of this, from an individualised empowerment point of view, MIL can contribute to more equal news, women making the news and to problematise the gender stereotypes mentioned before, changing the way girls view themselves, their bodies and their rights (Grizzle 2016: 83). MIL can also help to bring forward sexual harassment cases, especially when it’s women and minority groups who are the editors of the sites where these stories appear (such as in the case of many #MeToo stories). In media coverage concerning rape stories, for example, an MIL-informed perspective would be to make sure to focus on putting the responsibility on the shoulders of the perpetrator, instead of portraying the victim in detail in the news story. By doing so, MIL can improve individual lives through access to information, networks and wider knowledge, so a person from a marginalised community does not feel alone and weak but can enjoy belonging to a larger community that is experiencing the same issues. They can create their own media; they can network, build new ties, educate and be educated on issues that matter to them and stand up for their rights. Good examples of this include:

Yet, information society and the rise of social media has been both a liberator as well as a perpetrator, when it comes to gender equality, human rights education and its relation to MIL. Though in the early days of the World Wide Web it was hoped to be a cyber-utopian value-free space where people could talk to each other no matter their gender, class, age, ability, etc, the reality of it has proven to be quite different. The internet as we know it is far from being a neutral space. In fact, structural power inequalities are amplified online. To illustrate this, sexual harassment affects young people disproportionately both offline and online: young women and gender non-conforming youth, especially between the ages of 16-19, are four times more likely to experience sexual harassment or abuse (FRIDA), while social media is known for its ability to multiply this harassment because of its reach. Another example is discussed in TED talk by Monica Lewinsky who, having experienced the loss of her personal reputation as a Patient Zero in the pre-Facebook age, was able to highlight in her talk many of these types of “gone-viral” sex scandals and revenge porn cases common nowadays. She shows how gone-viral social media content, which lives off gender stereotypes, might result in 24/7 harassment and serious mental scars for its victims.

It is paradoxical that women and minority groups are expected to be individually empowered by MIL in the very same web space that carries patriarchial and sexist norms as a whole. One of the most dangerous examples of this is the incel movement, which aims to naturalise control over female reproduction and which as of mid-2018 had inspired the actual murders of at least sixteen people (Tolentino 2018). MIL might help to build counter and alternative narratives online to tackle this toxic masculinity, harmful messages from incels and contribute to the restoration of overall safety online (see more on counter and alternative narratives). However, it remains unclear as to whether MIL has the potential to address the causes of such movements. Or, in other words, does MIL help to tackle the root problems, or rather its many manifestations?

In fact, there exists a wider troll culture online, having originated from anti-feminist and white supremacist positions. It is not marginal and it was born in the gaming world, in Reddit and in 4chan, and grew bigger, entering Facebook. Troll culture nowadays is aware of its political power, and it was especially influential during the US President elections. In fact, their tactics laid the foundation for far right and populist political tactics (see: #GamerGate and toxic fandom communities) (Massanari 2015). They also coined the pejorative terms SJW (“social justice warrior”), “snowflakes”, and view liberal and sensitive frameworks as “censorship” against what they perceive as their right to “free speech”. They are intertwined with the men’s rights movement (MRM), who claim their inherent right for male dominance and entitlement, and with alt-right groups who have their own vocabulary, which is inaccessible to outsiders (see further). These types of phenomena actually undermine the discourse of human rights and internet safety, and they restrict free access to and participation in online content. They also contribute to fat-shaming (i.e. The Fappening sub-Reddit) and to online misogyny.

It is fair to day that MIL has limits and cannot possibly solve all social problems online; however, in order to empower the marginalised, it is fair to expect MIL to tackle power issues better. Let’s examine some other problematic examples:

I added these examples in order to illustrate that MIL needs to tackle more than individualised problematic behaviours – it needs to have the potential to tackle harmful socioeconomic systems – because the inequality of power is structural. Social media nowadays is intertwined with the neoliberal market, reflecting the society we live in. By using social media today, we are contributing our free time and undertaking voluntary labour for an inherently populist cyber monopoly, which amplifies emotionalised, laconic content because reactions bring in more clicks and thus make more money. Hence, populists are known to use bought audiences and trolls to win more visibility. Therefore, in order to deconstruct, more is needed than the individualised empowerment of MIL.

Towards a norm critical MIL

We need to move towards a more norm critical information literacy and critical media literacy, which enables us to pay attention to the social constructs and power imbalances we operate in. For example, it is not enough to look to the participation of men/women or boys/girls in some form of media, and draw conclusions. This is not to advocate for gender blindness, which fails completely in addressing social problems. Instead, it is important to keep in mind that gender binaries are not inclusive and they also fail to highlight noteworthy intersectional aspects, such as ethnicity, race, class, disability, sexual orientation and other social categories that we need to be sensitive about.

Moreover, being sensitive to context is especially important in virtual global awareness raising movements in order to resonate on a global level and in local contexts where, for instance, violence manifests differently on a micro-level. For a structural change, addressing root causes in a manner most suitable for the local context is needed. Thus, MIL needs to include an intersectional approach, be invested in decolonialised subject matter, and deconstruct patriarchy legacy as well as the neoliberal system in order to make a real change. These aspects should be of key importance and consideration whenever training MIL, or putting these literacy skills to use in other ways. 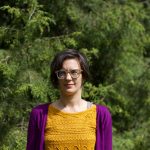 Maari Põim is an Expert in Gender, a grass-roots feminist activist who has been also involved in animal rights for the past years. Up until the end of 2019, she was working as a Project Manager on human rights education in the field of youth and as Coordinator of the Estonian No Hate Speech campaign in the Estonian Erasmus+ NA. Previously, she has been working for Södertörn University in Stockholm, Sweden as a Research Assistant, and as a Junior Policy Adviser on Gender Equality and Migration at Foundation for European Progressive Studies in Brussels, Belgium. She holds a graduate degree in Gender Studies at the Central European University in Budapest, Hungary. She has also worked as a Project Manager in the Estonian Women’s Studies and Resource Centre in Tallinn, as well as a freelance youth trainer in the field of gender issues.

Videogames and Citizenship: Media Education against Discrimination – A guide for teens

Information Reception and Production: Media Education against Discrimination – A guide for teens

Media Literacy and Politics of Identity – Resources for Educators

How Common Is Cyberbullying Among Adults? Exploring Gender, Ethnic, and Age Differences in the Prevalence of Cyberbullying