Image is illustrative. Photo by Clay Banks on Unsplash

The research article explores the so-called “ fake news” phenomenon and the growing concerns about the prevalence and effects of misinformation in political campaigns. The authors particularly examine the characteristics associated with sharing false articles during the 2016 U.S. presidential campaign, via the Facebook social media platform. Some of the main findings indicate that distribution of such news is corelated to the age of the users “on average, users over 65 shared nearly seven times as many articles from fake news domains as the youngest age group.”. 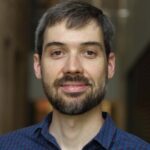 A. Guess is an assistant professor of politics and public affairs at Princeton University. His research sits at the intersection of political communication, public opinion, and political behavior.

J. Nagler is a Professor of Politics, as well as a co-director of the NYU Social Media and Political Participation (SMaPP) Lab. He is working on projects on the impact of economics on elections, and on the impact of social media on political participation. 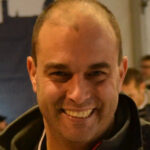 Media Literacy and Politics of Identity – Resources for Educators

Political simulations. An opportunity for Meaningful Democratic Participation in Schools

False information, but it is not created with the intent to be harmful (Wardle and Derakhshan, 2017); therefore, it can include everyday interactions in which miscommunication takes place as well as content that could be understood in several ways.
False information or propaganda published under the guise of being authentic news. Fake news websites and channels push their fake news content in an attempt to mislead consumers about the content and spread false facts via social networks and word-of-mouth. The official term used for fake news is information disorder.
A subdivision of the Internet consisting of computers or sites usually with a common purpose (such as providing commercial information) and denoted in internet addresses by a unique abbreviation (such as .com for commercial sites or .gov for government sites). A domain is obtained for hosting a website.