The different faces of greenwashing

Although sustainability and green actions have only become mainstream topics in recent years, the desire to show that you are contributing something for the good of the environment has been around much longer. And since actually doing something that is genuinely better for the environment can be difficult, the concept of greenwashing has developed and evolved. Let’s take a look at what it is and how to recognise it.

As such, it can be considered disinformation, misinformation or also malinformation – all very much connected with critical thinking and Media and Information Literacy.

The term “ greenwashing” was coined back in the 1980s and the first signs of using greenwashing can be traced back to the 1960s, when big corporations started to blame ordinary citizens for littering and not recycling, to draw attention away from their own polluting production practices. By the 1990s, it had already become a known technique in corporate communication and advertising.
So greenwashing essentially started off as a sneaky marketing approach. Nowadays, greenwashing has also evolved into offering and promoting incorrect solutions, which you can read from here. In this piece, however, let’s look at the classic forms of greenwashing used in communication and advertising (summarised based on The Greenwash Guide by Futerra and the Sins of Greenwashing by UL Solutions).

One sign of greenwashing can be fluffy or vague language – simply using words like “eco-friendly”, “green”, “sustainable” or “natural”, without specifying what it actually means for the specific product. For example, heavy metals like lead and mercury are naturally occurring substances, but they can also be very health damaging. Using these words relies on people assuming that it must be somehow better. That’s why in the EU, for example, the use of the word “organic” on food products is regulated by law, in order not to deceive consumers. Only products that are certified with the organic food label can use this word in their product name.

The opposite of overly simple words is to use jargon and complex words that sound scientific. The aim is to make it feel like it’s been well-researched and credible, but at the same time not understandable to a non-specialist. Genuine, scientifically-sound information can also be phrased in an understandable way for everyone, and in both of these cases the trick is to check if there is any proof or background information to the claim to elucidate it further. There is also a term called science washing, and if you are curious about this, you can check out this video here.

Design is also something that can be used quite easily to deceive us. Even simple visual elements like a green colour and natural objects like flowers, leaves, butterflies and fresh fruit can make us unconsciously think of nature and environmental friendliness. Just take a moment to go around and take notice of how many places natural elements are used in visuals and how they make you feel about the particular product.

A trickier type is to use false labels – this actually means made-up labels and logos that look like certification by a neutral organisation, but are actually just visual design elements made to give a more credible feel. Again, check whether there is an actual neutral organisation issuing this label.

Perhaps the biggest part of greenwashing is playing with the information and choosing where to direct the attention of the consumer. One such example is irrelevant claims. This means emphasising on green activities that are already obligatory by law or are very small compared to the main activity of the company. For example, talking about how a company is sorting their waste in their offices – the separate collection of waste is obligatory in most European countries. And for a company who has big production lines, it’s probably more important how they manage their waste in their production than in their offices.

Another version of shifting attention is to compare your company with other dirty companies and say you are better, although you may simply pollute a little bit less than others. This is called the better of two evils. Oil companies that compare each other could fall into this category, as all of their main activities are still heavily polluting.

And then there is the case of focusing on one specific product or even one or two elements in that product. This means showing only the parts of the product that are better for the environment and hiding the parts that are not, so-called hidden trade-offs. This can be one line of t-shirts made with organic cotton by a big fast fashion company, while all the rest of their clothes are still made in a polluting way, they are not made to be durable and long lasting, and simply too many clothing items are being produced, which when unsold, end up in landfills or are being burned. This could also be a biobased plastic single-use coffee cup, which could be made from renewable resources instead of oil, but is single-use and therefore still both creates waste and doesn’t lower our need to consume fewer coffee cups.

The final type of greenwashing is boldly and directly lying or even fraud. This means when companies give fake data or simply say things they know are not true. A very famous example is from the Volkswagen scandal in 2015, when the company used rigged software to show that the greenhouse gas emissions from their cars were lower than they really were. Luckily, this was discovered and the company ended up paying a $125 million fine for the fraud.

Maybe one thing that unites all of these examples is the sign of no proof. It’s when a company is not providing any evidence or neutral credible references (such as from an independent research organisation) to their claims. It can be the use of a made-up label, a sentence in either fluffy or overly scientific language, or data without a proper source. This is always your first clue to go looking for more information.

Everyone needs to be aware of greenwashing

It’s important to know that greenwashing is constantly evolving and new ways – that are often more subtle and complex – are being developed. For this reason, it becomes more crucial that we ask critical questions about solutions that we are being marketed and check them against the principles described above.
And perhaps even more important is to know that much of the greenwashing happens unintentionally, meaning that the people doing the greenwashing themselves don’t know enough or haven’t asked all the critical questions about the solutions they are promoting. Sometimes, it can be caused by someone else selling them their own greenwashed ideas, so the greenwasher is actually being greenwashed themselves. But this means that also the companies themselves need to get better at critical thinking and recognising greenwashing examples.

I want to end this story with some potentially good news: because greenwashing has become such a big problem, the European Commission is preparing to release a regulation on green claims in 2023, which should make it obligatory for companies to prove all of their environmental claims. 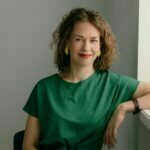 Kadri is an environmental expert and sustainability educator with more than 15 years of experience. She has taught critical thinking on environmental issues and greenwashing in several Estonian universities as well as to educators and activists in Europe, Asia and Africa. In her daily life, she is the education programme coordinator at Let’s Do It Foundation and a consultant on sustainable events in her own company Acento, both based in Estonia.

Can middle schoolers learn to read the web like experts? Possibilities and limits of a strategy-based intervention

Measure the truth and your nose!

My Version Of A Story – photography workshop

How to think critically about environmental solutions?

‘One object …many images!’ Lesson Plan

Media and information literacy: A practical guidebook for trainers

The practice of companies/organisations portraying themselves as environmentally responsible, when they really aren't. Companies/organisations follow this green marketing practice in order to appeal to the environmentally-conscious consumer.
False information, but it is not created with the intent to be harmful (Wardle and Derakhshan, 2017); therefore, it can include everyday interactions in which miscommunication takes place as well as content that could be understood in several ways.
MIL refers to the essential competencies (knowledge, skills and attitudes) that allow citizens to engage effectively with media and other information providers and develop critical thinking and life-long learning skills for socialising and becoming active citizens. An M.I.-literate person is used as an abbreviated version of Media and Information literate person.
One or two sentences sent at the beginning of a press release which summarise what an organisation is talking about; usually, it consists of 5WH questions, including who, what, where, when, why and how.
False information created with the intent to harm a person, group or country. It can include imposter content, false context, manipulated content and fabricated content (Wardle and Derakhshan, 2017). Misinformation becomes disinformation when the creator or multiplier of the information has the intent to mislead the recipient (Karlova and Fisher, 2013).
The ability to examine and analyse information and ideas in order to understand and assess their values and assumptions, rather than simply taking propositions at face value (c.f. also reflective thinking).