Since the first half of 2020, the COVID-19 pandemic has significantly impacted almost all facets of youth work: 70% of European youth workers describe the pandemic as affecting their work in a ‘major’ way. (RAY-COR 2020, p. 5) With the aid of a number of academic studies as well as the initial findings of quantitative research, carried out by a RAY research-based analysis of youth programmes, a picture is emerging of the impact of COVID on youth participation in Europe. (Ibid) However, as the remit of many youth programmes extends beyond Europe’s borders, it is also important to understand how the pandemic is influencing the youth sector of the EU’s neighbours. To this end, this article will focus on the experience of Eastern Partnership countries. It draws on qualitative research informed by interviews carried out with NGO Leaders in Ukraine, Russia, Moldova, Georgia and Belarus and highlights two examples of continued digital engagement within the context of the present COVID-imposed restrictions.

In the Eastern Partnership countries, the consequences of COVID-19 on youth participation have followed a similar trajectory to that in the EU. International mobilities, such as youth exchanges and youth workers’ training have been postponed, volunteer-ships have been delayed or cut short, summer camps have been cancelled. (Mitchell, 2020)  This has not only resulted in barriers to established forms of youth participation, but the financial repercussions have also presented an existential threat to civil society organisations in the Eastern Partnership countries, as well as professionals working in the youth work sector. While this has also been the case for NGOs based in the European Union, civil society actors in Eastern Partnerships countries have been particularly exposed. As Emir Shevkiiev, head of NGO Logos in Ukraine puts it, ‘Eastern Partnership countries and Russia suffered more because in the EU it is at least possible to travel thanks to the Schengen area. Also, state support in our countries has been much smaller than in the EU.’ (Mitchell, 2020) This absence of state support from governments in the region points to the crux of the matter.

Over the last decade, NGOs focusing on topics such as democratisation, human rights, women’s rights and the rights of minorities in Eastern Partnership countries have been able to establish themselves locally and internationally through their participation in international partnerships and support from internationally funded programmes. Organisations such as NGO Logos in Ukraine, or DRONI in Georgia, for example, host on average three to four Erasmus+ projects annually and participate as partners offering professional expertise in many more, such as training courses incorporating Escape Rooms as a tool to engage young people with the topic of human rights. COVID-19 not only presents a challenging situation here in the short term, in terms of managing cancelled projects, it has also created concern among NGO leaders in Eastern Partnership countries that they could be ‘isolated’ from or ‘frozen out’ of the Erasmus+ programme for the medium-term future, with EU-based applicants realigning to programme country partnerships whose project implementation under the current circumstances seems more viable. (Mitchell, 2020)

In order to cope with a rapidly changing situation, NGOs in Eastern Partnership countries have sought to shift their work to online environments, mirroring trends within the youth work field in Europe. NGO leaders from Georgia, Ukraine, Belarus and Russia have all reported attempts to move activities online, and their feedback indicates differing degrees of success. While some respondents reported limited interest in online offerings, in addition to a lack of digital competences amongst local target groups or poor internet connection in rural areas limiting participation, there have also been success stories, two of which are outlined here. (Mitchell, 2020)

The first example is the Fake Detox initiative started by NGO Logos in May this year. The organisation was able to draw on its experience of providing training courses and youth exchanges on the topic of critical thinking, which it is now applying to online content in an effort to engage with and debunk digital misinformation targeted at Russian-speaking internet users. Since its inception, the project has had more than 900K views on various social media platforms, reaching target groups across the Eastern Partnership countries. Here is an example of an NGO responding dynamically to a developing situation through successfully adapting its existing training programmes and expertise to online engagement that deals with topical themes. In a similar vein, the digital arts project a:pART — Berlin-Poltava, seeks to provide young artists from Ukraine and Germany with a platform to critically engage with current events and to showcase their work within the framework of digital Art-Tandems. Artists are seismographs of society, and in these challenging times it is more important than ever that their voices are heard. Yet due to COVID restrictions, opportunities for young artists to collaborate (particularly internationally) and perform have significantly diminished. Through the production of collaborative audiovisual artworks that will be performed and streamed live between simultaneous events in the respective cities, a:pART provides one example of how we can strive to retain the feeling of connection with artists in Eastern Partnership countries in spite of physical distance and COVID-enforced separation.

What both of these projects share in common is that they were adapted from the outset to be implemented in the context of COVID. This derives from the fact that both projects are supported by new calls put out by funders with a specific focus on the Eastern Partnership region. Whereas ‘Fake Detox’ received funding from the Black Sea Trust for Regional Cooperation, a:pART is being implemented in the context of the Foundation EVZ’s MeetUp! programme. These funding bodies have responded dynamically to the situation through creating new, tailor-made calls designed to ensure continued youth participation in countries of the Eastern Partnership in the context of COVID.

The effects of the pandemic on Eastern Partnership countries seem to be particularly challenging compared to Europe, given that civil society actors who facilitate youth participation are often heavily reliant on external funding streams as well as mobility projects between the EU and partner countries. This point was emphasised in interviews conducted with NGO leaders from Ukraine, Russia, Belarus, Georgia and Moldova. (Mitchell, 2020) At the same time, the pandemic has presented an opportunity for organisations in the Eastern Partnership countries to explore new ways of fostering youth participation through online activities, while funding bodies with a focus in the region have responded dynamically, enabling a variety of innovative concepts to be explored. Still, the situation is critical, and we cannot assume that all organisations have the capacities to shift their youth work online — or indeed that this is a desirable strategic objective, suitable for all targets groups and activities. If the pandemic persists in the longer term, it is clear that a broader strategy for ensuring the capacities of NGOs in the Eastern Partnership countries to continue fostering youth participation is necessary. And given that civil society organisations across the region play a central role in promoting European values and fostering dialogue and exchange between the EU and its neighbours, there is a compelling argument for exploring additional possibilities to support youth participation in the Eastern Partnership within the framework of Erasmus+. 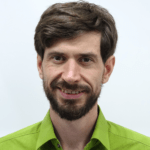 Peter is a cultural historian, researcher and Executive Director of Lernlabor. He holds a PhD from the University of Edinburgh and has studied at the Free University in Berlin and the University of California in Berkeley. Since 2015, Peter has developed and implemented educational and cultural projects in Germany, Ukraine, Greece, Norway and Mali. He is an alumnus of the Robert Bosch Foundation and the Ukraine Calling programme.

Youth and political participation in Europe: Results of the comparative study EUYOUPART

What is youth participation?

Youth participation during the pandemic in Russia

“Have Your Say!” – Manual on the Revised European Charter on the Participation of Young People in Local and Regional Life

Approaches To Youth Participation In Youth And Community Work Practice: A Critical Dialogue

Digital competences are a combination of knowledge, skills and attitudes with regard to the use of technology to perform tasks, solve problems, communicate, manage information, collaborate, as well as to create and share content effectively, appropriately, securely, critically, creatively, independently and ethically.
A set of entitlements and protections regarded as necessary to protect the dignity and self-worth of a human being. Such rights are usually captured in national and international documentation that articulates these rights (e.g. Universal Declaration of Human Rights, the European Convention on Human Rights and the Convention on the Rights of the Child).