Introducing new ways of learning using digital technologies can be confusing. That’s why experts and youth workers from seven organisations came together to collect several innovative methods, tools and some brilliant new practices! With the dizzying number of online platforms and gadgets now being developed, this great project has provided valuable skills that educators can pass on to thousands of young people across Europe.

Participation means that young people have power, opportunities, more control over and more say in the issues that matter to them. And the digital world is a great vehicle for that. 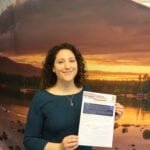 What were the objectives of your project?

We aimed to develop, deliver and promote digital tools for youth workers, and to update policy makers and funders on new trends and emerging ideas. The need for innovation, training and learning communities was already recognised by the youth sector itself. But even youngsters who are familiar with digital technology aren’t necessarily digitally ‘literate’, which is where education can help. We can’t expect youth workers to become technical experts, but they should be skilled with computers, smartphones and other devices when connecting with their clients.

How was the partnership built up?

The project was launched in 2017, with seven partners from six different countries across Europe. Five of these organisations had already worked on projects together in the past, and many of us were involved in an expert group on digitalisation and youth(work), run by the European Commission. Although we came from different backgrounds, we all had the same passion for the subject and for sharing our expertise!

What kind of preparations did you make?

We started to plan the project almost two years before the application for funding. The European expert group and other smaller projects like study visits helped us build up our knowledge and establish trust between partners. Getting these professional organisations and high-level experts on board was the first step in developing some great ideas. Planning the application was time-consuming but it meant we had the whole project timeline in place by the time we were ready to start.

How was the project structured?

We planned to produce three things with the project: a collection of 36 good practices, training materials and the European Guidelines for Digital Youth Work. At the transnational project meetings we identified good practices, before starting to work on training materials. Later on, we developed the European guidelines based on what we had learned, designing them to be relevant for people involved at all levels, from youth workers up to decision makers.

What methodology did you use?

We made short videos of good practices in two stages: at the beginning, and towards the end of the project. The idea was to reflect the pace of technological changes over the two years. For instance, 3D printing and Virtual Reality were only featured in the second stage. Another method we enjoyed a lot was running Training Jam sessions, where half of the organisations ran educational workshops for the other partners. The following sessions, based on feedback, were then adapted. As a result of this collective learning process, we were able to provide new training methods inspired by the input.

Can you give some examples of the innovative methods shown in the videos?

In the #ME workshops in Austria, young people from the age of 13 reflected on how social media influences their ideas about beauty and self-image. To encourage young people to work together on a task, a Finnish team made use of Spaceteam, a mobile game that depends on teamwork to save a spaceship from disaster. The Future Monster Labs in Germany got children to think about the future of the environment and promote sustainability by reusing old materials in a maker project. Another video shows how photostories can be used to highlight the shared outlook of refugees and young Irish people.

How did you involve young people in the project?

We would like to point out that even if young people are the ultimate beneficiaries of this project, our focus was really on helping youth workers. However, most of the participating organisations had direct experience working locally with young people. The National Youth Council of Ireland, for example, has worked with over 50 different youth organisations. There were lots of opportunities to incorporate the experiences of young people into the project, especially during the consultation sessions. Finding out what impact digital youth work had on them really helped us add their voices to the policy guidelines as well! By including young people in the videos, youth workers, organisations and policymakers can better understand how to meet their needs.

What did you learn during the project?

For many youth workers there can be a resistance to using digital technology, particularly because of a lack of resources and skills. But our project has demonstrated that it is possible to move beyond that reluctance. The training sessions provided the group with a fantastic opportunity to improve as trainers and experience things from the learner’s perspective as well. The variety of ideas, shown in the videos, coming from youth workers was fascinating! Travelling to transnational meetings in each other’s countries and sharing thoughts with other professionals gave us the opportunity for reflection.

Which roles did partner organisations take in the project?

We all took on areas that we were best placed to work on. Somebody took the lead on working on the policy guidelines, while others were responsible for the training jams, or making best practice videos. We worked together on all the outputs, but in general, YouthLink Scotland took a coordinating role around communication, evaluation and dissemination of the results.

What difficulties did you encounter and how did you deal with them?

The biggest challenge was managing such an ambitious project. When we submitted our application, we perhaps underestimated how much staff funding would be needed. We had to overcome that as a team, with everybody working extremely hard. We initially faced challenges with making videos, but we learned a lot as the project progressed. We relied on Zoom meetings which was very innovative back then. Honesty helped us deal with difficult situations: we weren’t shy of telling others if we felt confused or couldn’t deliver an activity on time, which helped relieve the pressure.

Have you had any follow-ups?

We have joined up with our old partners and with two new organisations to propose another long-term strategic partnership application, which we should hear about soon. This project will be a real step forward for us. While Digitally Agile Youth Work was about developing tools, resources and workshops, this new Learning Communities project will focus specifically on peer-to-peer learning in groups.

Do you have any tips on how to plan a similar project?

Before you apply for such a big project, set up a partnership. You can engage in partner building seminars, and there are so many online tools to make sure that everybody is on the same page before you dive into making an application. Read the Programme Guide thoroughly and think about how you will share your results, so that you can identify in advance all the places and platforms you can use to promote them.

I learned a lot about the whole process of filmmaking especially things like doing the storyboard and doing just all the process that works up to actually creating the story. I also learned to edit, which was really fun.

The fantastic open source documents created during this project help anybody working with children, adolescents and young adults keep track of the newest educational trends! Browse the digital training materials, good practices, policy guidelines and practical tips on their website.

The three main outputs of the project included a collection of 36 good practices, the Digital Youth Work Training Resources to be used in youth worker trainings and the European Guidelines for Digital Youth Work.

You can find everything on their web page. Enjoy the videos, learn new methods and get inspired!

There has been a national multiplier event in each country. The guidelines were launched on a final International Digital Youth Work Summit (September 2019) to showcase their numerous innovative practices. Around 300 practitioners are estimated to have engaged with the project, who in turn have helped 3000 young people.

Digitalisation refers to the use of digital technologies and digitised data to enable or improve organisational processes and business models. It is assumed to increase productivity and efficiency, by changing an existing process without changing its original purpose. The shift is from human-dependent processes to software-enabled ones. Digitalisation is an important step towards Digital Transformation, whereas digitalisation is focused on the use of digital technologies to impact how work gets done, digital transformation requires a much broader and profound adoption of digital technologies to accelerate transformation of work, processes, competences and models to fully leverage the new changes and opportunities, ultimately, becoming an ongoing journey towards a culture of change and innovation.
A common name for a youth participatory structure aiming to represent the views of young people, set up within the structure of another organisation, e.g. local, state or federal government, not-for-profit organisation or corporate organisation.
One or two sentences sent at the beginning of a press release which summarise what an organisation is talking about; usually, it consists of 5WH questions, including who, what, where, when, why and how.