This Flash Eurobarometer is designed to explore young EU citizens’ participation in a range of social aspects of European life, including voluntary activities, political elections, as well as groups and organisations such as youth or sports clubs. It follows on from previous surveys on this topic in February 2011, April 2013 and December 20143.

This report also considers the views of young people on the priorities for the EU, and actions that should be prioritised in the future, based on the outcomes of the 2016 and 2017 debates carried out within the preparatory action “New Narrative for Europe”4.

This initiative aims to foster debate with young people at a grassroots level and collect fresh views about the EU’s current challenges, ways forward and the future of the European project. Only respondents aged 15-30 were interviewed for this survey. 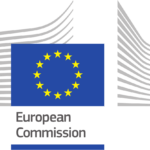 Branch of the European Union, responsible for proposing legislation, implementing decisions, upholding the EU treaties and managing the day-to-day business of the EU.

Towards a theory of children’s participation

Will youth rejuvenate the patterns of political participation?

European citizenship – In the process of construction – Challenges for citizenship, citizenship education and democratic practice in Europe