Image is illustrative. Photo by Cristian Dina from Pexels

The authors of the study summarise: «Content on Twitter’s home timeline is selected and ordered by personalization algorithms. By consistently ranking certain content higher, these algorithms may amplify some messages while reducing the visibility of others. There’s been intense public and scholarly debate about the possibility that some political groups benefit more from algorithmic amplification than others.» In this large scale study, authors present two sets of findings.

«First, we studied Tweets by elected legislators from major political parties in 7 countries. Our results reveal a remarkably consistent trend: In 6 out of 7 countries studied, the mainstream political right enjoys higher algorithmic amplification than the mainstream political left. Consistent with this overall trend, our second set of findings studying the U.S. media landscape revealed that algorithmic amplification favours right-leaning news sources,» authors say in the abstract of the study. The authors further looked at whether algorithms amplify far- left and far-right political groups more than moderate ones amd contrary to prevailing public belief, they did not find evidence to support this hypothesis.

The authors’ aim is to contribute to an evidence-based debate on the role personalisation algorithms play in shaping political content consumption. 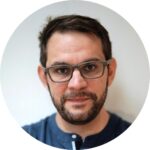 I'm Ferenc Huszár, Senior Lecturer in Machine Learning at the University of Cambridge. I recently joined the Department of Computer Science and Technology, a nice and cozy department, where we're building a new machine learning group with Neil Lawrence and Carl Henrik Ek and others. I'm interested in principled deep learning techniques: optimization, generalization, representation, transfer, meta-learning, and so on.

Following my PhD I worked in various jobs in the London tech/startup sector. My highlight as a researcher is joining Magic Pony Technology, a startup where we developed deep learning-based image superresolution] and compression techniques. After Twitter's acquisition Magic Pony, I have worked on a range of ML topics, like recommender systems and fair machine learning; LucaBelli: Mathematician turned Deep Learning engineer. Currently at Twitter Cortex; Moritz Hardt: Director of Social Foundations of Computation at Max Planck Institute for Intelligent Systems, Tübingen (starting January 1, 2022). 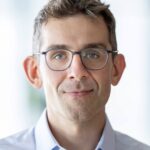 How TV News is Turning to Mobile Journalism – Podcast

Overcome Fear Of Missing Out (FOMO): Why Not JOMO?

Snippets of information that an organisation wants to relay to its target audiences; they consist of information the organisation wants its target groups to hear and remember.
A set of rules or calculations used to solve problems and deliver a result. Algorithms are used in social media to deliver content to the user. Not all social media platforms use algorithms, though many have adopted news feeds that are delivered via an algorithm in recent years.