Image is illustrative. Photo by Tim Marshall from Unsplash. 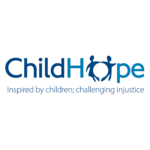 Childhope UK is a nonprofit organisation based in London, UK, working to support children who are considered the hardest to reach.

Facing History and Ourselves

The participation rights of adolescents: A strategic approach

Political simulations. An opportunity for Meaningful Democratic Participation in Schools

Polluting Darkness: A quick guide to light pollution and what you[th] can do about it

How to start a youth group in your local area