With the first day of the new school year in 2015, GOOD initiative started their campaign to introduce Civic Education in Croatian schools as a separate subject. The start of the school year was symbolic: to raise awareness of the low democratic participation of youth and to signal that the time is ripe for a change in the educational system.

Since 2008, GOOD initiative, which consists of 52 NGOs, has been advocating in Croatian society for the implementation of systematic and quality civic education in Croatian schools. As the first step of their campaign, research was conducted on high school pupils. The results show that young people lack tolerance and understanding of democratic processes. Participants showed a high level of confusion and indecisiveness, which could make them subject to manipulation or the relativisation of crucial democratic values. For example, almost 30% of participants were ambivalent about the attitudes towards totalitarian regimes. Attitudes towards the media and political parties indicate that the majority of respondents would shut down certain media (51.9%) and political parties (72%). Even though most of the participants (85%) see themselves in a friendly relationship with a person of another race, religion or nationality; their tolerance is significantly lower when talking about public affections and rights – participants are least tolerant of people of sexual orientations other than straight, where every second participant sees it as a disease and would forbid them to speak publicly, lest they negatively influence youth.

Based on this, GOOD initiative decided to create a campaign called “Let’s learn to be big!”, the main aim of which was to inform the public about civic education and encourage the responsible participation of all key stakeholders (teachers, students and parents) in the public debate, allowing the curriculum of systematic and quality civic education to be introduced in Croatian schools.

In order to create good outreach, a combination of channels was used to ensure that the wider public received the message – thus, GOOD initiative used television commercials (to attract the population aged 18 to 65), social media (to attract pupils as well as teachers and supporters who like the social media pages of organisations involved in GOOD initiative) and leaflets and posters (to reach out to pupils in schools and teachers).

Television commercials were created for the campaign, which were aired on television stations and published on social networks. Six television commercials dealing with six key dimensions of civic education (social, human and legal, political, economic, ecological and intercultural dimension) have been designed with the aim to translate the motto and message of the campaign to the public. In the commercials, an adult gives stereotypes on different groups and their voice shifts to a child’s voice, showing that what we learned as children, we are doing as adults. The commercials were broadcast on commercial and regional TV stations, reaching over 1 million people in Croatia. They were aired on regional TV station AlJazeera Balkans and had an impact on the region.

Furthermore, packages for schools were created: each package included a poster that can be put on display in the school as well as leaflets containing basic information on civic education. Leaflets can be redesigned as small toys, which can later be used as teaching tools by teachers in schools. Packages were sent to all schools in Croatia (884 elementary and 482 high schools).

Additionally, communication was ongoing on the official web page and social media. The campaign was supported through the use of social media, primarily Facebook and Instagram, to connect with young people and teachers. GOOD initiative broadcast commercials and other news on their site. The commercials alone were viewed more than 450,000 times. The official web page had more than 300,000 visits and the monthly reach on Facebook was 210,000 people.

Thanks to good communication, the initiative was mentioned more than 240 times on various media outlets. Media relations were kept on schedule and relationship-building was quite important during this period.

It must be mentioned that the public campaign “Let’s learn to be big” was voted as one of the best campaigns in the Balkan region based on the decision of experts dealing with public relations, marketing and news media. This reward has certainly helped spread the word about the campaign in the region.

Why the campaign was successful

All of the above shows that a good campaign can spark conversation in the public sphere about important societal issues. Based on this, GOOD initiative was positioned as an important stakeholder in introducing civic education in schools and is implementing teacher training at a grassroots level.

Several aspects ensured the success of the campaign:

Overall, GOOD initiative created the campaign based on the needs of the community (through research), which is why it was successful. 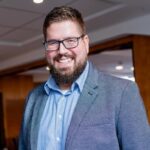 Facilitator and a trainer in the field of youth. He holds MA in Communication Sciences and currently is attending PhD in the same field. For the last ten years, he has been working as consultant for public relations for different NGO’s and has implemented several campaigns related to civic education and sustainable energy. He regularly works as a trainer in the field of youth and school education. Domagoj is member of the trainers’ pool of Croatian National Agency and SALTO SEE and is also working with other NA’s and other institutions such as European Parliament and Council of Europe, as well as private companies and NGO sector.

Guide – Deciding which tactics to use in a campaign

Tips and tricks in outreach

E-Lecture: What makes a story newsworthy?

Report “Communications in the coronavirus crisis: lessons for the second wave”