During the annual 6-days-event “Rein ins Rathaus!” (Into the city hall), children from 6 to 13 years can design, manage and rule their own city in the City Hall of Austria’s capital city Vienna. Children can experience what it means to have influence and decision making power in a playful real-life setting.

In the more than 25 areas of activity of the “Children’s City”, the children can have a say in, shape, act actively and thus easily understand urban politics with its various institutions. The Children’s City has been held annually since 2002 and is used by up to 700 children and adolescents every day on the 6 days of action. In 2010, the project received a “special recognition” at the European Award for Excellence “City for Children”.

What does this project teach us?

It’s never too early to start learning about democracy and participation: Voting is simpler than you thought and translating ideas into laws is nothing children need to be kept away from.

What are the interview videos about?

The first interview video explains how the Children’s City Vienna works. You will learn about how the city is organised, it’s own money system as well as the target age group of the project.

0:15
Hi! My name is Jutta Hofer. I'm from Vienna, I work for organisation based in Vienna called "Wien Extra".
0:24
It works very closely with the municipal department of education and youth.
0:34
We are organising a project called "Rein ins Rathaus"
0:39
which could be translated "Reign in the City Hall" and it is children's city
0:46
inside the City Hall of Vienna, which takes place during one week at our summer holiday.
0:55
It's basically children's city, where children can learn how cities are
1:04
managed and also governed, where they can independently and freely organise
1:19
the city for themselves. We have about 50 facilitators who help
1:26
children manage this city. But how the city is managed and governed
1:35
is basically done by children. These children are between 6 and 13 years old.
1:42
Doors of our Children's City open at 10 o'clock every day and will be closed again
1:50
at 5 o'clock in the afternoon. And on Monday, on our first day, children will
1:57
come to city and come to the City Hall and enter the Children's City.
2:03
They'll get three Holli-Cents, which is our money in the Children's City.
2:10
So they can start and they can either start going to look for a job in our department, that provides with jobs.
2:21
Or they can go and spend that money. If they decide to start with a job, we have different
2:29
kind of jobs, of course. Everything that's needed in a city, like post offices
2:36
or waste department or newspaper offices, video agencies. We have marketing agencies,
2:48
we have also places where they can study and educate themselves.
2:56
Which are very interesting places, because those places offer children
3:02
the possibility to either work there as a trainer or teacher or give them the
3:08
possibility to study there. So it offers both ways.
3:14
In our city children have to work for a half an hour, 30 minutes.
3:20
After this time they get paid three Holli-Cents. One amount goes for taxes and
3:29
after they finish the work, they have to go to the bank, where they get the money and
3:33
one part of their earnings goes straight to the Financial Department,
3:40
which takes away the tax. We have also have shops and a little restaurant, where
3:48
they can spend money they have earned or they can also work there. So every place
3:54
we offer in the city is also an opportunity to have a job.


In the second video, you familiarise yourself with politics in the Children’s City. Which requirements do political candidates need to fulfill? How does working experience influence decision-making? And how is voting made easy for every child?

0:15
Hi! My name is Jutta Hofer. I'm from Vienna I work for organisation based in
0:22
Vienna called "Wien Extra". Very special thing about our Children's City is
0:29
that we have voting and elections every day. So every day in our city a new mayor
0:36
and a new city council is elected by children.
0:41
Once children have worked three times and studied twice - that's because
0:49
we think that by the time they have worked three
0:54
times and studied twice, they know the city well enough to be
1:00
able to govern the city. So after they've done that they can apply to be a
1:07
mayor or a counsellor of the city. Two o'clock every day
1:16
elections start and all the kids walk around and introduce their daily statements
1:24
to be elected. And then at three clock we have a
1:30
little introduction, where everyone can participate. They get paid to go to the
1:38
election in our town, everyone can come. So all the kids support going to the elections
1:49
and listening statements of all the kids, who want to be elected.
1:58
And then after little introduction, little Q & A,
2:05
kids can go and vote. We have small tubes with pictures of them, so even
2:10
children who can't read yet or can't read well enough, know which
2:19
pipe is for which candidate. And after that our radio station
2:27
announces the winner and then the Children's City government starts to work.
2:35
From three o'clock or half past three until two
2:42
o'clock on the next day to get through all their promises and
2:49
all the laws they want to impose in the city. But so special about
2:57
"Rein ins Rathaus" is a fact that because kids have to work first and
3:03
have to get to know the city, for example working as a post officer, and they find
3:11
out that the post office doesn't work well enough, because everyone isn't
3:20
using the post office enough. So they don't have enough to do. So they start getting all the other jobs
3:30
and studies they need to be elected and once they are elected, they try to improve
3:39
what they experienced, while they were working in the city. That's one group
3:47
of kids that do it this way. They really want to improve what
3:52
isn't working well enough according to their own experiences in the city.
3:58
And what others do, is they want to be elected, want to
4:03
become a mayor or counsellor of the city. For example those kids promise, that
4:10
there won't be any taxes anymore or that they will only have to work 15 minutes
4:18
to get the same amount of earning.
4:21
And every second or third year the city runs out of money, because some of the kids
4:31
that were elected, promised to get rid of all the taxes. If they got
4:38
elected they had to make emergency meeting with all the
4:43
counsellors. They always come up with the idea, that there are so many kids
4:48
living or working in the city. And they have lots of money and
4:54
quite a few kids, who don't have much money. It wouldn't be fair to ask
5:00
all of them more money for taxes, so the city would have money again. So they come up with the
5:07
idea of taxes only for rich kids. And that's very fascinating for us as
5:19
the facilitators of the project, because all those ideas children come
5:24
up with, are reflected from real situations of cities or governments.
5:33
All the problems children get involved with as a government of the
5:42
city, as the city counsellors, they have to figure out by themselves, how to solve those problems.
5:52
We are only there to help them to translate
5:56
ideas into laws, help them with solutions.
6:05
We have little book of laws to introduce at the beginning of our
6:12
holiday game. And by the end of the week it's much much longer. We start
6:19
with 19 laws that are basic rules of our game, that we decided are necessary
6:26
for the children and for the town to work and to make it possible,
6:30
that everything runs well. Once the children are in charge, it goes
6:39
around, laws get changed, new laws are created and at the end of the week we
6:45
have the book that is sometimes full of 50 laws. So they really work and
6:53
they really have a lot of ideas and they want to implement lots
6:58
of their ideas in town.

The final video let’s you understand how children can experience the impact of their decisions, how the meeting between game and real-life decision-makers is like and what is the role of the real city government and administration in the project.

0:15
Hi! My name is Jutta Hofer. I'm from Vienna and I work for organisation based in
0:22
Vienna called "Wien Extra". What is very special about our project is that
0:30
because it's located in the city hall of Vienna, we are very closely in
0:36
contact with the city government of Vienna, so we have many politicians who
0:43
visit our Children's City or invite the children into their offices.
0:50
The mayor of Vienna always invites the children into his office and
0:57
our Mayor of Children and the mayor are
1:04
meeting in his office and talk about difficulties and burden of
1:11
having so much responsibility. We also have our News Team, which moves around from
1:23
one office to another and visits our city councelors.
1:31
All those visits that are recorded in offices inside the
1:37
city are then shown in our little city cinema and
1:44
also on our info wall. "Wien Extra" is very connected to many
1:54
municipal departments of Vienna and so is our city. Every year we
2:00
try to implement a new municipal department in our City or try to make
2:07
our City as real as the official city is. By working with those municipal
2:20
departments it's a lot easier to make it authentic.
2:26
Our target group for this project is six to thirteen year old kids. Even children
2:33
who can't read or count as good as 12 year olds, can participate in this
2:43
project and be part of it. Because there are many jobs, like in
2:48
post offices or the restaurant, where it's not necessary to read as much as
2:56
when you are the mayor of the City. I think that our Children's City "Rein ins Rathaus"
3:03
is really the best example of practice for children cities, because
3:09
we work so closely with the city of Vienna and so closely with the government of the
3:14
city of Vienna. Children really experience throughout the play
3:19
and throughout those every day elections. They really experience how fast
3:25
decisions can be implemented in the town and how fast the impact of their
3:33
decisions will appear in the city. So it's not just participating and giving them the
3:41
possibility to move around freely and create new ideas and create new
3:50
departments or offices, it's also the direct impact that political decisions
4:01
have for a city and for other citizens. And that's what makes our
4:09
Children's Cities so special.

If you want to take a look at how the Children’s City looks like in practice, visit https://youtu.be/ZTT6xZdDyZY. You won’t need to understand the language (the children talk in German) to get the grasp. 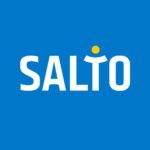 Jutta Hofer is Head of the department of wienXtra‐kinderaktiv/ferienspiel in Vienna, Austria. Her field of expertise covers child and youth work, children's culture, event management and participation. She continues to improve and further develop the Children's City Vienna concept from year to year. As a strong advocate for children's involvement in participatory processes, she spreads the idea that political participation and the dialogue about it is valuable for everyone

wienXtra is an organization for all children and young people in Vienna. Festivals, music, movies, games or media – wienXtra invites to join and shape the city. Ten facilities offer lots of information, events, educational services and advice as well as adult education programmes – inexpensive or free.https://www.wienxtra.at/

Youth-Adult Partnerships in Decision Making: Disseminating and Implementing an Innovative Idea into Established Organizations and Communities

Youth Participation in Photovoice as a Strategy for Community Change

An Emerging Model for Working with Youth