At first, the concept of critical thinking might seem quite straight-forward and clear. From our early years, we learn that trusting strangers, even if they seem friendly and nice, might be dangerous. With time, though, we might find ourselves completely fooled by a misleading ad, a piece of breaking news or a passionate speech by a respectably looking politician. When did we lose our grip?

“We live in a world of almost total mediation,” states renowned British writer and media education researcher David Buckingham. “New challenges have emerged, for example in relation to ‘fake news’, online abuse and threats to privacy; while older concerns – for example about propaganda, pornography and media ‘addiction’ – have taken on new forms. The global media environment is now dominated by a very small number of near monopoly providers, like Google, Facebook, Apple, Amazon, who control the most widely used media platforms and services, and yet whose power is much less overt and visible than the power of older ‘mass media’ corporations. We all need to think critically about how media work, how they represent the world and how they are produced and used.” (Buckingham, 2018).

A media educator or a youth worker can play a vital role in helping a young person learn to think for themselves and make their own judgement. How do we make this happen and what are the key themes to pay closer attention to when discussing critical thinking? Let’s start with the basics.

What is critical thinking?

Critical thinking is clear, reasonable, reflective thinking focused on deciding what to believe or do (Lumen Learning). According to Facione (1990), we use several skills when we think critically:

We need critical thinking skills to help our brain’s natural tendency to simplify things. Cognitive Distortions: What They Are and Why They Happen by Very Verified presents the most common biases along with a few examples, which are easy to relate to.

These Teacher Materials by Chris M. Worsnop, produced by NW Center for Excellence in Media Literacy (College of Education, University of Washington), lay out the five key concepts crucial to understanding media through critical thinking. These concepts may not be found all at once in a single media text, but rather they often overlap.

What are different approaches to critical media education and how have evolved over time?

In his article entitled Going critical, Buckingham (2018) gives a retrospective of his teaching experience. He says it started with the ‘demystification of media’ in the 1970s, when critical analysis aimed to see through media ideologies and realise the truth behind the message. Knowledge which was hidden from view (such as media ownership and control) was coupled with alternative representations that challenged sexism and racism within media.

Content creation came in the next decade as a more creative alternative that offered a space in which students could reflect on their own engagements with media. Focus was moving to the cultural and aesthetic dimensions of media and, in the 90s, resulted in the realisation of how our emotions affect our media perception and our behaviour and also how much knowledge students already possessed of the media themselves.

As personal computers and smartphones became more and more available in the 2000s and social media entered the media landscape, people discovered new opportunities for participation online. “In terms of media education, they generated new objects and issues for study; but they also created new possibilities for the classroom, in terms of how teachers and students might access, create and share media.” (Buckingham, 2018.)

What’s Going On in This Picture? (WGOITP? activity) is a feature of The New York Times, which invites teachers and students to use a bank of 40 intriguing images, all stripped of their captions or context, to practice visual thinking and close reading skills by holding a “What’s Going On in This Picture?” discussion or writing activity. There is also a workshop on how to use the WGOITP? activity, a lesson plan and a new Picture Prompt feature to get students writing, thinking, speaking and listening.

Buckingham gives four recommendations for media educators to stay on the right course:

To educators the true purpose of critical thinking lies in debate through dialogue, rather than in making the students agree with a predefined position on a topic. Make use of the key concepts to ask difficult questions to the media and also to yourself. To make the learning experience meaningful, use a variety of approaches, such as reflection on media content and creation of new artifacts, and don’t forget to make space for all opinions and thoughts – young people may surprise you with what they know and the way they perceive the same content you see. Be inspired to share views, look for evidence, make claims and show flexibility in thinking. We adults may also be wrong at times. 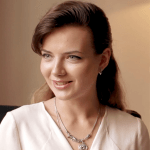 With a Master Degree in Digital Literacy Education (Tampere University, Finland) Aleksandra has been working with UNESCO and other public organisations in Europe. She gives speeches and interactive workshops on MIL and youth engagement, as well as collaborates with SALTO Participation and Information Centre on creating the online Resource Pool for youth workers and educators.

The world of information