Photo by John Cameron on Unsplash

The Right to Repair is a campaign, launched in September 2019, and which quickly grew since to over 40 organisations active around the cause of repair from more than 16 European countries.

The campaign members represent community repair groups, environmental activists, social economy actors, self repair advocates and any citizen who would like to obtain their right to repair.

The aim of the campaign is fighting to remove the barriers to repair our products, so they can last for longer. The campaign started from an identified problem, namely, that the products that are used in everyday life are getting harder and harder to repair. Likewise, e-waste is one of the fastest growing waste streams in the world, with phone and laptops manufacturers making their products harder to fix.

The campaign and the network behind it support, among others, three short term objectives: 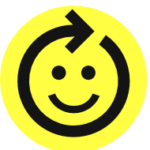 The network of the Right to Repair campaign is made of organisations based in several European countries and representing civil society organisations, repair businesses, community repair initiatives and public institutions. They participate in shaping the campaign and form a European wide community of people who want longer lasting and more repairable products.

What colour is the cloud?

Research coalition on the Digital-Environment System

Infographic: The Carbon Footprint of the Internet

The future of work in Europe

Child Protection and Children’s Rights in the Digital World

Tools and Tips for youth E-Participation